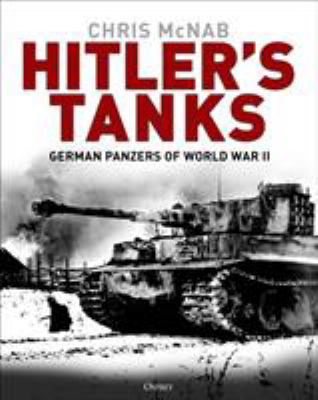 A fully illustrated and expertly researched guide to the tanks of Hitler's formidable war machine.

The Panzers that rolled over Europe were Germany's most famous fighting force, and are some of the most enduring symbols of World War II. However, at the start of the war, Germany's armor was nothing extraordinary and it was operational encounters such as facing the Soviet T-34 during Operation Barbarossa which prompted their intensive development. Tactical innovation gave them an edge where technological development had not, making Hitler's tanks a formidable enemy.

Hitler's Tanks details the development and operational history of the light Panzer I and II, developed in the 1930s, the medium tanks that were the backbone of the Panzer Divisions, the Tiger, and the formidable King Tiger, the heaviest tank to see combat in World War II. Drawing on Osprey's unique and extensive armor archive, Chris McNab skillfully weaves together the story of the fearsome tanks that transformed armored warfare and revolutionized land warfare forever.