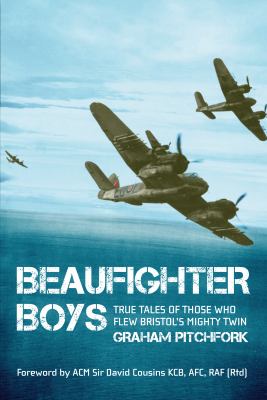 A departure from the Cold War for the Boys series! Researched many years ago by the author for a project which did not come to fruition, Beaufighter air and ground crew gave freely of their stories which ranged from complete memoirs to brief anecdotes. And there were a plethora of original photographs for him to choose from. Graham Pitchfork has built on these reminiscences to trace the roles of Beaufighter squadrons spread across all the theatres of World War Two operations. From home bases, through north-west Europe, North Africa, Malta and the Mediterranean to the far Far East and south-west Pacific, the Beaufighter served far and wide as did the crews of the RAF, RAAF, SAAF and New Zealand and Canadian squadrons. All are covered in this quite unique book to be savoured by all those interested in the war in the air from 1939-1945.