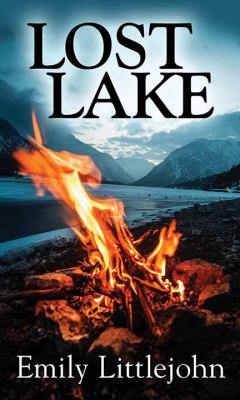 Genre/Form: Detective and mystery fiction. | Thrillers (Fiction)DDC classification: 813/.6 Summary: "On a bright Saturday in early spring, Detective Gemma Monroe responds to a missing person call at Lost Lake, near the small town of Cedar Valley, Colorado. As Gemma begins to understand the complex dynamics of the supposedly close-knit friendship group, she realizes that more than one person is lying to her"-- Provided by publisher.
Tags from this library: No tags from this library for this title. Log in to add tags.

On a bright Saturday in early spring, Detective Gemma Monroe responds to a missing person call at Lost Lake, near the small town of Cedar Valley, Colorado. With its sapphire waters and abundance of wildflowers, the lake is a popular camping destination in the summer. But for now, ice still grips the lake and snow buries the flowers.

"On a bright Saturday in early spring, Detective Gemma Monroe responds to a missing person call at Lost Lake, near the small town of Cedar Valley, Colorado. As Gemma begins to understand the complex dynamics of the supposedly close-knit friendship group, she realizes that more than one person is lying to her"-- Provided by publisher.

Three people call the police when a young woman goes missing in the middle of the night during a camping trip. Det. Gemma Monroe responds but doesn't know if it's the stories she's told about Sari Chesney that make her uneasy or Lost Lake itself. When Sari's boss at the local history museum is killed after reporting the theft of a historic journal, Gemma is convinced there's a connection between Sari's disappearance and the murder. The investigations are made even more confusing by the mistrust within the police department. Someone is leaking information to the local newspaper, and the police chief charges Gemma with finding the culprit. Six months after the birth of her daughter, Gemma is still coping with emotions about her partner's affair. Sleep deprivation and excessive drinking only add to her problems as she juggles multiple cases. VERDICT Littlejohn follows A Season To Lie with another intricately plotted procedural that captures the story as seen through Gemma's eyes. This well-developed novel will appeal to fans of Deborah Crombie's "Gemma James" series.-Lesa Holstine, Evansville Vanderburgh P.L., INaudio © Copyright 2018. Library Journals LLC, a wholly owned subsidiary of Media Source, Inc. No redistribution permitted.

The disappearance of Sari Chesney, the assistant curator at Colorado's Cedar Valley History Museum, from a remote camping site kick-starts Littlejohn's gripping third mystery featuring Det. Gemma Moore (after 2017's A Season to Lie). With a large fundraising gala coming up, Sari's friends insist she wouldn't have just vanished. But when Gemma investigates at the museum, she learns that a valuable historical diary has gone missing as well-and the gala is followed up with the murder of Sari's boss. Gemma and her partner, Finn Nowlin, can't agree on whether the cases are linked or not-in fact, the two can't agree on much of anything. And when the police chief orders Gemma to also find out who on the department is leaking information to the press, an even bigger wedge is driven between the two detectives, as each suspects the other. Still, they must unite in their quest to chase down a killer. Though the killer's motives may strain credulity, lyrical prose, a well-paced plot, and intriguing characters make this entry a winner. Agent: Pam Ahearn, Ahearn Agency. (Nov.) © Copyright PWxyz, LLC. All rights reserved.

In her third series outing (after A Season to Lie , 2017), Cedar Valley, Colorado, Detective Gemma Monroe has some experience under her belt. Even she is rattled, however, when a young woman disappears while camping at an eerie local lake, a puzzle that is quickly followed by the murder of a town socialite. Work on the cases is made more difficult by pressure on Gemma to find out who in her department is leaking information to the local newspaper, not to mention the stress of a baby at home and a husband whose affair Gemma wishes were more of a distant memory. Readers who enjoy a steadfast cop who also has a caring side will find Littlejohn's latest an inviting read. The mysteries involved, one of which hints at the supernatural, are satisfying and wrapped up in a way that readers won't see coming. Recommend to fans of Louise Penny's Inspector Gamache novels.--Henrietta Verma Copyright 2018 Booklist

When four friends go camping at a lake, only three return, igniting a string of mysteries connecting a missing person to a web of crimes.Sari Chesney, Mac Stephens, Ally Chang, and Jake Stephens spend a night at Lost Lake just as the snow surrounding the water is melting. Come morning, Sari's nowhere to be found. Detective Gemma Monroe is immediately suspicious of big Mac, Sari's boyfriend, and is sure something bad has happened but less sure that there's a case here. Before her investigation has dug up very much, Gemma is summoned to the Cedar Valley History Museum, where director Betty Starbuck is beside herself, to investigate the theft of the valuable Owen Rayburn Diary. Sari's been employed as an assistant curator at the museum, and Gemma is too hardheaded to believe that her disappearance is a coincidence. Betty, frantically preparing for a museum fundraiser, is more concerned about her missing historical artifact than the whereabouts of her irresponsible employee, and Gemma thinks there must be an obvious connection, but before the night is over, Betty, in a shocking turn, is viciously strangled. Working long hours on the developing cases, all of which are merging into one big mess, puts Gemma under a lot of pressure, which isn't relieved by her fianc, Brody Sutherland's absence on yet another work trip. Even worse, the chief insists that there's a departmental leak to the press and that Gemma's responsible for identifying the leaker. She gets no help from her usually supportive partner, Finn Nowlin, who seems to think Gemma could be the one with loose lips.Littlejohn remains adept at the "show, don't tell" narrative style, even though the laborious way she shoehorns myths of Lost Lake into her puzzle gives this entry less of an eerie edge than its predecessors (A Season to Lie, 2017, etc.). Copyright Kirkus Reviews, used with permission.
More book reviews at iDreamBooks.com