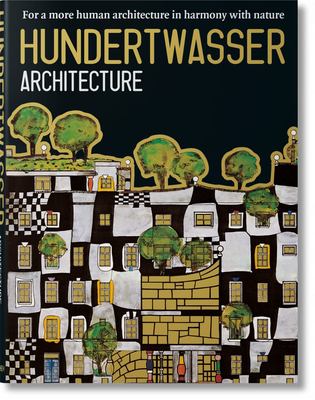 <p>"A house must be a living, organic entity that develops and constantly changes," stated Friedensreich Hundertwasser in one of his arguments for his nature- and human-oriented architecture. Success vindicated his vision: roof afforestation, organic forms, colorful façades, uneven floors, irregularly positioned windows, gilded onion domes--Hundertwasser's architecture is unmistakable.</p> <p>From the beginning of his artistic career in the '50s, Hundertwasser was preoccupied with architecture in his painting. Then began his engagement with manifestos, essays, and demonstrations; later followed architectural models in which he illustrated, for example, his ideas on roof afforestation and an individual's right to his very own window. As an "architectural doctor" he created unregimented irregularities and realized exemplary architectural projects.This comprehensive directory of Hundertwasser's architectural works presents all his buildings and projects, whether realized or not, tracing them from the first sketches through to models and completion. Dr. Andrea Christa Fürst, a longtime employee of the Hundertwasser Archive, made a major contribution to this publication.</p>

Writings by and about Austrian architect who spent part of his life in New Zealand.