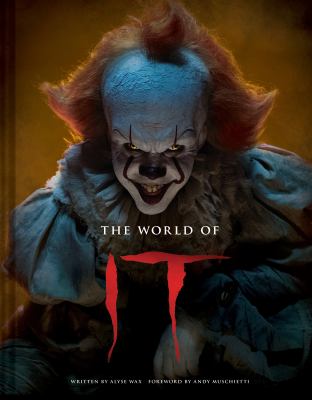 World of It / Alyse Wax ; foreword by Andy Muschietti.

An official behind-the-scenes companion to New Line Cinema's IT and IT CHAPTER TWO , the globally popular blockbusters

Collecting the best artwork produced during the making of both of these sophisticated and visually enthralling films--including concept art, sketches, storyboards, and behind-the-scenes photography-- The World of IT explores the films' singular aesthetic and meticulous world-building. This compendium includes commentary from director Andy Muschietti; producer Barbara Muschietti; the acclaimed ensemble cast; and other creative players who helped bring a new, disturbing vision of King's perennial bestseller to life.