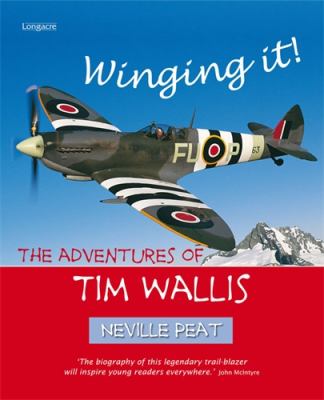 Winging it! : the adventures of Tim Wallis / Neville Peat.

Take a wild animal (red deer) in plague numbers, spread them across a remote and rugged terrain, throw in helicopters hell-bent on shooting or recovering them live, then add a daring pilot called Tim Wallis u these are the ingredients of a whirlwind adventure story. This is Tim's story. It's about the way he built a career and a multi-million-dollar business out of a weekend hobby, deer-stalking. It's about how he used helicopters where they'd never been before, and about exploring new frontiers in New Zealand and other parts of the world. Tim u Sir Tim at formal occasions u is a pioneer of the deer industry in New Zealand and that passion has taken him from Canada to Vanuatu and even Siberia. Since the mid-1980s he has ventured into tourism and vintage warplanes. He's collected Second World War fighter aircraft from around the world and every two years the planes can be seen in action at Warbirds Over Wanaka, an event Tim Wallis founded in 1988. Tim has had quite a few accidents in his time; when he was 30 his helicopter hit power lines and crashed. He was told he may never walk again. But he did. In 1996 he crashed a Spitfire and suffered shocking head injuries.This time the doctors said he might not live. But he did. Tim's a survivor. He has a rare kind of fighting spirit, drive and courage. In New Zealand, where heroes are mostly found in sport, he's legendary. An action-packed and inspirational story for young New Zealanders.