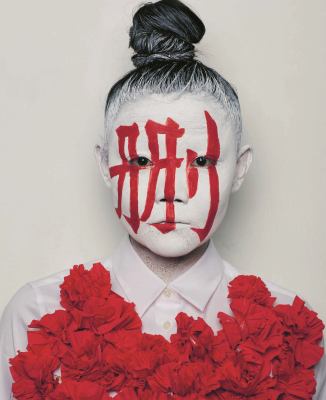 The mainstream media keeps us in a constant state of emergency where the word 'crisis' is used daily and 'breaking news' is a permanent banner across our screens. The real emergencies we should be facing are often disguised behind biased rhetoric or consciously omitted altogether: Climate change! Severe economic inequality! Decay of democracy! Brexit! Trump! The alt-right! 52 ARTISTS 52 ACTIONS sets out to address the real and daunting trials of everyday life across contemporary Asia. Each of the 52 artists includes a statement about their work, which often reads as a compelling, heartbreaking memoir in miniature, giving deep insights into cultural traditions. Echo Morgan - cover artist - says this: I was sent away at the age of four after my parents' divorce to board at a much-hated, strict communist kindergarten. There I was shaped into a 'xiao hong hua', a little red flower, obedient and pliant. This early communist education and China's economic boom is deeply embodied in my roots. They still strongly control my thoughts and behaviour.Other highlights include:- Kyungah Ham's Korean Mona Lisas- Deborah Kelly's crowd-sourced feminist wisdom as print-at-home stickers and posters- Heman Chong's list of 198 forms of non-violent action- Chim Pom's oversized jigsaw puzzle, Find the C*&R!!!, in response to Japan becoming increasingly strict about nudity even though Asia's largest red-light district, Kabukicho, is in Shinjuku, Tokyo- The Mulka Project's mission to sustain and protect Yolngu cultural knowledge in north-east Arnhem Land under the leadership of community elders.52 ARTISTS 52 ACTIONS champions small acts of disobedience undertaken live and online by 52 artists from 31 countries across Asia, addressing important concerns locally and globally. From historical revisionism in the Philippines to micro-celebrities in Bangladesh, military abuse in Myanmar to rising sea levels in Indonesia, visibility for LGBTQI+ people of colour to contemporary Indigeneity, the artists tackle critical issues with determination, innovation and humour. Each week, the work of a different artist is presented in a unique context, spanning a year of new artistic practice across the region.Exploring the role of activism and protest throughout, the focus is on art-as-action that has the power to raise awareness and invoke change. With striking images and bold, graphic design, 52 ARTISTS 52 ACTIONS is an encyclopaedia of creative responses to political and social issues facing contemporary Asia.