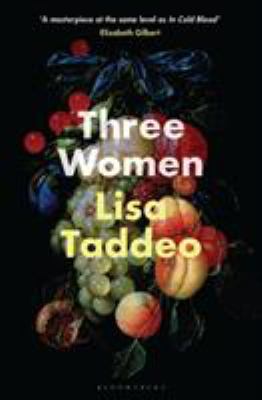 The International No. 1 Bestseller
'Cuts to the heart of who we are' Sunday Times
'A book that begs discussion' Vanity Fair
All Lina wanted was to be desired. How did she end up in a marriage with two children and a husband who wouldn't touch her?
All Maggie wanted was to be understood. How did she end up in a relationship with her teacher and then in court, a hated pariah in her small town?
All Sloane wanted was to be admired. How did she end up a sexual object of men, including her husband, who liked to watch her have sex with other men and women?
Three Women is a record of unmet needs, unspoken thoughts, disappointments, hopes and unrelenting obsessions.
*The book Phoebe Waller-Bridge, Alexa Chung, J odie Comer, Reese Witherspoon, Harry Styles, Fearne Cotton, Caitriona Balfe, Gwyneth Paltrow, Sharon Horgan, Zoe Ball, Rosie Huntington-Whiteley, Davina McCall, Gemma Chan, Christine and the Queens and Gillian Anderson are all reading*
'I will probably re-read it every year of my life' Caitlin Moran

'Will have millions nodding in recognition' The Times

'As gripping as the most gripping thriller' Marian Keyes

'When I picked it up, I felt I'd been waiting half my life to read it' Observer

'The kind of bold, timely, once-in-a-generation book that every house should have a copy of, and probably will before too long' New Statesman

First published in the United States by Avid Reader Press, an imprint of Simon & Schuster, Inc.

In her ambitious, if flawed, debut, journalist Taddeo reports on the risks women take to fulfill their sexual desires. The result of eight years and thousands of hours of interviews, the book describes how each of her three subjects is undone by an intimate relationship that eventually damaged her. Maggie, a troubled 23-year-old in Fargo, N.Dak., recalls how her high school English teacher seduced her at 17 after learning she'd slept with a man twice her age. When he's named statewide teacher of the year five years later, she reports their affair to the police; townspeople quickly label her "a freaky slut." Indiana wife and mother Lina, married to a man who refuses to kiss her, reconnects on Facebook with high school crush Aidan. Their affair, perfunctory on his end, is played out in parked cars while she becomes "a tangle of need and anxiety." Forty-something Sloane, "beautiful and skinny," runs a successful Newport, R.I., restaurant with her chef husband who chooses her sexual partners and watches them have sex. Sloane believes her marriage to be secure yet had to "constantly reassess what kind of woman she was." Unfortunately, all three feel underdeveloped, with no real insight into them or their lives outside of their sexual histories, and with little connective tissue between their stories. Taddeo's immersive narrative is intense, but more voyeuristic than thoughtful. (July) © Copyright PWxyz, LLC. All rights reserved.

For her first book, journalist Taddeo ""set out to register the heat and sting of female want so that men and other women might more easily comprehend before they condemn."" She spent years following many women's stories, but ultimately focuses on three. Lina, a midwestern stay-at-home mom, finds the romantic kiss (and more) that her husband refuses her when she reconnects with her high-school sweetheart. East Coast restaurateur Sloane is thrilled by her husband's request that she sleep with other people, though it can get socially complicated. North Dakota teenager Maggie, whose story is likely to hit readers hardest, falls in devastating love with her high-school teacher a matter of public record following a 2015 trial. Taddeo braids together the women's narratives, which adds both suspense and heft as their desire-biographies echo and diverge. Her distinct proximity to her subjects shows in the intimate fantasies, scorching encounters, and profound pains they relate through her, but, the power resting fully with them, this never becomes voyeuristic. Instead, she allows them to be defined not by their jobs, kids, or, significantly, the men in their lives, but by a deep and essential part of themselves. Readers will almost certainly fly through this, and want to talk about it.--Annie Bostrom Copyright 2019 Booklist

Based on eight years of reporting and thousands of hours of interaction, a journalist chronicles the inner worlds of three women's erotic desires.In her dramatic debut about "what longing in America looks like," Taddeo, who has contributed to Esquire, Elle, and other publications, follows the sex lives of three American women. On the surface, each woman's story could be a soap opera. There's Maggie, a teenager engaged in a secret relationship with her high school teacher; Lina, a housewife consumed by a torrid affair with an old flame; and Sloane, a wealthy restaurateur encouraged by her husband to sleep with other people while he watches. Instead of sensationalizing, the author illuminates Maggie's, Lina's, and Sloane's erotic experiences in the context of their human complexities and personal histories, revealing deeper wounds and emotional yearnings. Lina's infidelity was driven by a decade of her husband's romantic and sexual refusal despite marriage counseling and Lina's pleading. Sloane's Fifty Shades of Grey-like lifestyle seems far less exotic when readers learn that she has felt pressured to perform for her husband's pleasure. Taddeo's coverage is at its most nuanced when she chronicles Maggie's decision to go to the authorities a few years after her traumatic tryst. Recounting the subsequent trial against Maggie's abuser, the author honors the triumph of Maggie's courageous vulnerability as well as the devastating ramifications of her community's disbelief. Unfortunately, this book on "female desire" conspicuously omits any meaningful discussion of social identities beyond gender and class; only in the epilogue does Taddeo mention race and its impacts on women's experiences with sex and longing. Such oversight brings a palpable white gaze to the narrative. Compounded by the author's occasionally lackluster prose, the book's flaws compete with its meaningful contribution to #MeToo-era reporting.Dramatic, immersive, and wantingmuch like desire itself. Copyright Kirkus Reviews, used with permission.
More book reviews at iDreamBooks.com