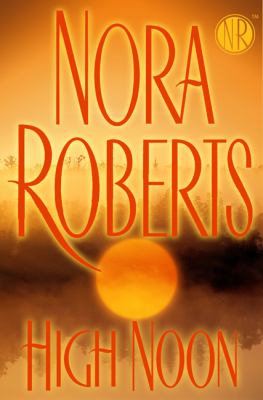 Genre/Form: Detective and mystery fiction. | Thrillers (Fiction) | Romantic suspense fiction.DDC classification: 813/.54 Subject: Police Lieutenant Phoebe MacNamara is Savannah's top hostage negotiator, defusing powderkeg situations. Now, she must establish contact with a faceless tormentor who is determined to make her a hostage to fear, before she becomes the final showdown.
Tags from this library: No tags from this library for this title. Log in to add tags.
Fiction notes: Click to open in new window

Police Lieutenant Phoebe MacNamara found her calling at an early age when an unstable man broke into her family's home, trapping and terrorizing them for hours. Now she's Savannah's top hostage negotiator, defusing powderkeg situations with a talent for knowing when to give in-and when to jump in and take action. It's satisfying work-and sometimes those skills come in handy at home dealing with her agoraphobic mother, still traumatized by the break-in after all these years, and her precocious seven-year-old, Carly. It's exactly that heady combination of steely courage and sensitivity that first attracts Duncan Swift to Phoebe. After observing her coax one of his employees down from a roof ledge, he is committed to keeping this intriguing, take-charge woman in his life. She's used to working solo, but Phoebe's discovering that no amount of negotiation can keep Duncan at arm's length. And when she's grabbed by a man who throws a hood over her head and brutally assaults her-in her own precinct house-Phoebe can't help but be deeply shaken. Then threatening messages show up on her doorstep, and she's not just alarmed but frustrated. How do you go face-to-face with an opponent who refuses to look you in the eye? Now, with Duncan backing her up every step of the way, she must establish contact with the faceless tormentor who is determined to make her a hostage to fear . . . before she becomes the final showdown.

Police Lieutenant Phoebe MacNamara is Savannah's top hostage negotiator, defusing powderkeg situations. Now, she must establish contact with a faceless tormentor who is determined to make her a hostage to fear, before she becomes the final showdown.

Police hostage negotiator Phoebe MacNamara meets Duncan Swift when she persuades the employee Duncan had just fired not to kill himself. Their growing relationship is soon complicated by family issues and threatened by a stalker who is close to destroying everything Phoebe values. In typical Roberts fashion, suspense and romance are mixed without shortchanging either, and she manages to work in some fascinating details about the art of hostage negotiation while keeping the reader wondering about the villain's identity. As always, Roberts has created some wonderful and memorable secondary characters. One of her strengths is her portrayal of family (the Quinns of her "Chesapeake Bay" quartet come immediately to mind), and the family members we meet here are people we believe in and care about. Like the author's Blue Smoke, this fast-paced and thoroughly entertaining novel delivers everything fans have come to expect from one of the best writers of romantic suspense out there. Highly recommended for all public libraries. [See Prepub Alert, LJ 3/1/07.]-Elizabeth Mellett, Brookline P.L., MA (c) Copyright 2010. Library Journals LLC, a wholly owned subsidiary of Media Source, Inc. No redistribution permitted.

At the start of this scintillating slice of romantic suspense from prolific bestseller Roberts (Sweet Revenge), Lt. Phoebe MacNamara, the chief hostage negotiator for the Savannah, Ga., PD, meets Duncan Swift, a sports bar owner, as they both try to prevent a suicidal bartender Duncan fired from jumping off a roof on St. Patrick's Day. In the aftermath, a romance develops between Phoebe and Duncan, though in typical Roberts style the enigmatic Phoebe's devotion to career and family, who include a young daughter and an agoraphobic mother, creates tension in their relationship. After Phoebe survives a vicious attack within her own precinct house by an unknown assailant, it becomes clear that someone is intent on harming Phoebe and those close to her. A courageous protagonist, deft plotting and the sultry Savannah backdrop all add up to another winner for consummate storyteller Roberts. (July) (c) Copyright PWxyz, LLC. All rights reserved

Savannah-Chatham police lieutenant Phoebe MacNamara is one of the best hostage negotiators in the business, and her latest mission involves talking down a suicidal jumper from a building owned by Duncan Smith. Impressed by her cool, courageous actions and intrigued by the sexy woman herself, Duncan charms Phoebe into meeting him for a drink. As a single mother with family demands and a career woman working in a testosterone-dominated field, Phoebe doesn't think there is any time in her busy schedule for romance, but all of her famed negotiating skills can't convince Duncan to give up on a chance for a future with her. When Phoebe becomes the target of a psychopathic killer out to destroy her professionally and personally, Duncan turns out to be just the person Phoebe wants by her side. The always reliable Roberts continues to find new and clever ways to flawlessly fuse thrilling suspense and sexy romance into captivating stories. High Noon will enthrall readers with its irresistible combination of superbly crafted characters and a danger-rich plot.--Charles, John Copyright 2007 Booklist

Murder mixes with anguish in steamy Savannah. FBI-trained hostage negotiator Phoebe MacNamara is a lieutenant in the Savannah police department. Ever since Phoebe and her family were held hostage when she was 12, her mother has been agoraphobic, and Phoebe and her brother Carter still bear the psychological scars, but Phoebe's used the memory to hone her skills. While talking a suicidal bartender off a ledge, she meets his boss, Duncan Swift. The charming millionaire coaxes her into meeting for a drink, and their relationship slowly deepens. But life takes a turn for the worse when a misogynist cop botches a hostage situation. Suspended, he blames Phoebe and retaliates by viciously attacking her in the precinct house stairwell. He loses his job, but his father's connections keep him out of jail. Phoebe is physically and mentally injured, but her family and her blossoming relationship with Duncan help her cope until a dangerous pattern develops: A strange man keeps crossing her path. Dead animals begin appearing on her doorstep. A hostage taker is shot after she talks him into surrendering. Her ex-husband is brutally murdered by the mystery man, who phones her with sadistic threats. Is it the spiteful disgraced cop or someone from her past? Phoebe must identify the killer before he can carry out his final outrage. Nerve-wracking suspense leavened with romance and spiced with sex: another hit for the prolific Roberts (Blue Smoke, 2005, etc.). Copyright ©Kirkus Reviews, used with permission.
More book reviews at iDreamBooks.com