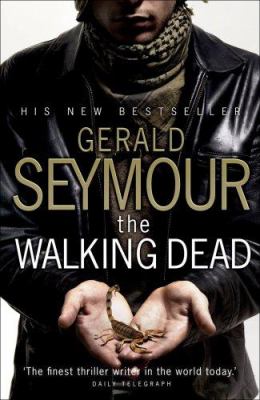 | Thriller -- Fiction | Saudi Arabia -- FictionGenre/Form: Thrillers (Fiction) | Action and adventure fiction.DDC classification: 823.914 Subject: "A young man starts a journey from a dusty village in Saudi Arabia. He believes it will end with his death in faraway England. For honour, for glory, for victory. If his mission succeeds, he will go to his god a martyr - and many innocents will die with him. " -- BOOK JACKET
Tags from this library: No tags from this library for this title. Log in to add tags.

A young man starts a journey from a dusty village in Saudi Arabia, believing it will end with his death in faraway England. For honour, for glory, for victory, if his mission succeeds, he will go to his god a martyr - and many innocents will die with him.

"A young man starts a journey from a dusty village in Saudi Arabia. He believes it will end with his death in faraway England. For honour, for glory, for victory. If his mission succeeds, he will go to his god a martyr - and many innocents will die with him. " -- BOOK JACKET

Seymour (Rat Run) forsakes the black-and-white view of post-9/11 popular fiction, delving into the grays of motivation and response. The strands of his multiple narratives begin to connect as a planned suicide attack comes closer to fruition. The author examines his characters--a disaffected security officer, a sleazy juror, a retiring functionary, and the terrorists--from various angles, raising questions about the necessity and morality of action outside the bounds of law. Minor characters play a role in the climax, but including their stories detracts from the overall pacing. Despite this slight flaw, this is still highly recommended for all libraries. (c) Copyright 2010. Library Journals LLC, a wholly owned subsidiary of Media Source, Inc. No redistribution permitted.

This chillingly believable thriller from British author Seymour (Rat Run) charts the course of a shy young terrorist from Saudi Arabia, Ibrahim Hussein (known as a "walking dead" for the explosive vest he wears), as Hussein works his way closer and closer to detonating his bomb--in Luton, a town 30 miles north of London. Seymour shifts agilely between the terrorists, led by mastermind Muhammad Ajaq (known as the Scorpion), and those in the U.K. whose job it is to stop the oncoming carnage, in particular David Banks, a detective constable authorized to carry firearms. Much of the interest for readers will be trying to guess how the many characters, including assorted bystanders whose lives become enmeshed in the increasingly complex proceedings, will receive his or her moment on stage. Seymour handles all the elements like the professional he is as the twisting plot builds to a satisfying conclusion. (June) (c) Copyright PWxyz, LLC. All rights reserved

A pious but diffident Saudi medical student is selected to be a suicide bomber by a hardened, manipulative jihadist known as Scorpion. The Engineer is selected to build the student's lethal vest. Each makes his way to England to carry war to the unbelievers. A cell of young English Muslims is activated to aid them. Arrayed against the plot are a henpecked British intelligence officer just a week short of retirement and an FBI agent whose search for the Scorpion is personal and obsessive. Walking Dead is compulsively readable but also highly complex and, perhaps, overly contrived. Like the vest filled with explosives and a detonator, the book has many threads. Several seem to have little to do with the plot, but, curiously, those threads are among the most compelling. One concerns the diary of a British volunteer in the Spanish civil war, and Seymour uses it to ruminate on whether one man's freedom fighter is another's terrorist. Timely, topical, and gripping.--Gaughan, Thomas Copyright 2008 Booklist

A young, would-be Islamic martyr, fitted for an explosive vest, follows orders taking him from Saudi Arabia to the London exurbs, his target known only to the mastermind his American nemesis calls the Twentyman. Seymour (Rat Run, 2007, etc.), a genuine master of the modern thriller, brings together old-line British spies, a brilliant war-maimed American spook, a couple of classic crooks, a bankrupt professor, the literary ghost of a doomed idealist in the Spanish Civil War, a cell of disaffected young British Muslims, a brave but alienated copper and a half-English-half-Arab villain with a hatred for the West. Ibrahim Hussein, a young medical student and his loving father's last surviving son, has been selected from a group of volunteer suicide bombers by the Twentyman as the one best suited to travel to England to wreak havoc. The others are sent to Iraq for other deadly work, but Ibrahim has the unselfconscious stride that will allow him to pass through all controls and checks without comment until he reaches ground zero. As the naively devout Arab crosses Europe, passing from cell to cell, British protective officer David Banks starts another journey, reading his great uncle's account of his disastrous enlistment in the International Brigades defending Republican Spain from the fascists. That trip to another time is enough to reshape Banks's understanding of heroism and alienates him from his comrades, resulting in reassignment to duties that will bring him into Ibrahim's path, as a couple of keen old intelligence hands use the dirtiest of methods to find the martyr's target. Heroics, religion, sex, torture, doubt and ever-increasing tension in a cerebral blend. A thriller for all sides of today's war. Copyright ©Kirkus Reviews, used with permission.
More book reviews at iDreamBooks.com