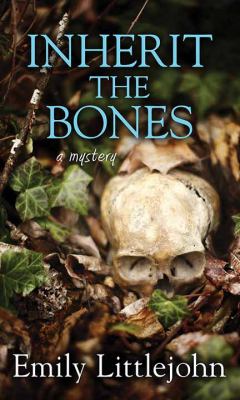 Genre/Form: Detective and mystery fiction. | Thrillers (Fiction)DDC classification: 813/.6 Summary: "Six-months pregnant, with a partner she can't trust and colleagues who know more than they're saying, Detective Gemma Monroe tracks a killer who will stop at nothing to keep the secrets buried in Cedar Valley, Colorado"-- Provided by publisher.
Tags from this library: No tags from this library for this title. Log in to add tags.

Secrets and lies can't stay buried forever in Cedar Valley . . . In the summer, hikers and campers pack the small Colorado town's meadows and fields. And in the winter, skiers and snowboarders take over the mountains. Season by season, year after year, time passes and the lies, like the aspens and evergreens that surround the town, take root and spread deep.

"Six-months pregnant, with a partner she can't trust and colleagues who know more than they're saying, Detective Gemma Monroe tracks a killer who will stop at nothing to keep the secrets buried in Cedar Valley, Colorado"-- Provided by publisher.

Detective Gemma Monroe works for a small-town police department in Colorado. Being a by-the-book cop, staying on task is usually not a problem, but these days, six months pregnant, she struggles with food cravings, finding a uniform that fits, getting enough sleep, and keeping track of her fiancé, who is on his second and last chance, after having previously betrayed her. Detective Monroe's current case--a gruesome, seemingly random murder--presents many questions and few answers. The victim worked for a traveling circus, but when it's revealed that he was the mayor's son, who was presumed dead three years before in a hiking accident, Gemma finds she has more local suspects than she knows what to do with. Gemma is haunted by dreams of an unsolved, decades-old murder of two boys, and she hopes to unmask their killer. Littlejohn launches the series with a typical assortment of personal and professional intrigue, firmly in step with the genre. It goes wrong, however, in the last 30 pages of the book. A random comment by a character unknown throughout the book allows Gemma to catch her current-day killer and connect it to her cold case. Narrator Harper Landry does a competent job in voicing all characters, both male and female. VERDICT An optional purchase for libraries with very large mystery collections.--Laura Brosie, St. Charles City-Cty. Lib., MO.

At the outset of Littlejohn's engrossing debut, Deputy Gemma Moore examines the body of circus clown Reed Tolliver, who was found inside a storage tent with his throat cut. Nicky Bellington, the teenage son of the mayor of Cedar Valley, Colo., was supposedly killed in a fall from a cliff three years earlier, but no body was found. When a database search of the victim's fingerprints identifies Tolliver as Nicky, Gemma launches an investigation that reaches back three decades to a summer of crimes that continue to haunt the mountain town-and to which she has a personal connection. Littlejohn effectively captures the tensions of a community struggling with its demons while seeking to attract tourist dollars, and Gemma-six-months pregnant with her first child, uncertain of the future with her partner, and paired with a charming bad-boy cop she doesn't trust-is a compelling lead. Readers may solve the mystery early on, but the charming setting, engaging characters, and adroit pacing will keep them turning the pages. (Nov.) © Copyright PWxyz, LLC. All rights reserved.

Detective Gemma Monroe is the first on the scene when a traveling circus performer has his throat cut in Cedar Valley, Colorado. Gemma senses that this crime is somehow tied to two other unsolved cases that stretch back to 1985, and sets about to prove it. Although this is a series debut, it seems as if the fully fleshed character of Gemma has jumped into an ongoing series midstream. But then, the author drops little crumbs of backstory that the hungry reader will gleefully devour. A series to watch.--Keefe, Karen Copyright 2016 Booklist

The shocking identity of a murdered clown leads an investigator to wonder how much she really knows about the town she calls home.When six-months-pregnant Gemma Monroe, a seasoned deputy in Cedar Valley, is called in to investigate the murder of a clown at the traveling circus, shes astonished to discover the identity of the victim. Though the circus has known the clown as Reed Tolliver (3), the coroner identifies the body as that of Nicky Bellingham, the mayors teenage son everyone thought was killed in a hiking accident three years earlier. The discovery reopens the file on Nickys death, prompting Gemma to pair with the departments rookie cop, Sam Birdshead, to investigate. When their interviews with the Bellinghams lead to nothing more helpful than the reopening of the familys old wounds, Gemma and Sam turn to Reed Tollivers life to see if they can find a motive within Nickys new identity or his carny family. Interviewing Reeds girlfriend, Tessa, and her roommate reveals a love triangle, but is it a strong enough motive for murder (69)? Gemma has a sense that the case is somehow related to the murder of two young boys some 30 years before, though her only evidence for this connection is her own nightmares. She almost wishes her partner, Brody, were back from his research trip to Alaska, but knows that when he returns, hell want to know whether shes in this relationship for good (35).Presenting investigations into two different worlds gives Littlejohn, in her mystery debut, an opportunity to show her skills in drawing real characters and presenting them from the viewpoint of her appealing protagonist. Copyright Kirkus Reviews, used with permission.
More book reviews at iDreamBooks.com