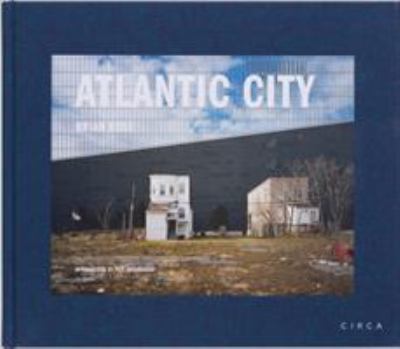 Atlantic City was born in the mid-nineteenth century and grew so big, so fast, that it captured the American imagination. It was 'the World's Playground'. Its hotels were the largest and finest, its nightclubs legendary, its boardwalk an endless promenade. And then, as it began to fade, the casinos came. And instead of reviving the city they killed it. Chief among the villains in this piece is Donald J Trump, who built his casinos on dunes of debt and bled them into bankruptcy. On the presidential campaign trail Trump boasted of his 'success' in Atlantic City, how he had outwitted Wall Street and leveraged his own name for riches. He would do for America what he had done for Atlantic City, he said. And so it came to be. Brian Rose has documented what remains of the city in the aftermath of the casino explosion. The images are haunting. Atlantic City may never recover. AUTHOR: Brian Rose studied at Cooper Union with photographers Joel Meyerowitz and Larry Fink. His documentation of lower Manhattan over a twenty-year period resulted in three books - Time and Space on the Lower East Side, Metamorphosis, and WTC, a chronicle of the Twin Towers and the rebuilding of the World Trade Center. His study of Berlin after the fall of the Wall led to The Lost Border, The Landscape of the Iron Curtain. His photographs are in the collections of the Museum of Modern Art and the Metropolitan Museum of Art. SELLING POINTS: * Powerful photographic record of the destruction of the USA's most famous resort town * Contains commentaries by news and broadcast media, juxtaposed with contemporary tweets by Donald Trump * Introduction by Pulitzer Prize winning author Paul Goldberger 60 colour images