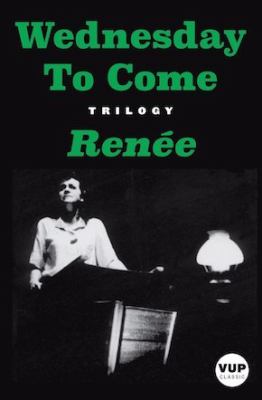 DDC classification: NZ822.2
Contents:
Wednesday to come -- Pass it on -- Jeannie once.
Summary: 'Wednesday to come' (a play for 6 women and 2 men) shows the effect of the Great Depression on four generations of women from the same family. In 'Pass it on' (a play for 3 women and 3 men) the teenager Jeannie from 'Wednesday to come' is now a young woman in her 30s dealing with the 1951 Waterfront Lockout. The final play in the trilogy goes back in time to life in Victorian Dunedin: 'Jeannie once' (a play for 6 women and 3 men) looks at this world through the eyes of Jeannie's great-grandmother, Granna in 'Wednesday to come'. The themes of engagement in social issues and support for the underdog are common to all three plays.
Tags from this library: No tags from this library for this title. Log in to add tags.

Renee's three seminal New Zealand plays Wednesday to Come, Pass it On and Jeannie Once are published together for the first time. In Wednesday To Come Renee takes four women of four generations in a single family and looks at how they cope with the Great Depression of the 1930s. In Pass It On, Jeannie and Cliff, the two adolescents joined the hunger march in Wednesday to Come, have each grown up and married. Pass It On explores the very different experiences of Jeannie, the political activist, and Cliff's wife Nell, and traces their relationship from initial distrust to a firm allegiance against the political and economic forces which threaten their families. Jeannie Once, tells the story of Jeannie's great grandmother living in Victorian era Dunedin.

Wednesday to come -- Pass it on -- Jeannie once.