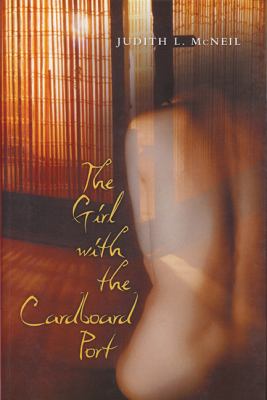 The girl with the cardboard port / Judith L. McNeil.

Judy McNeil is only fourteen when her father dies in a railway accident. Penniless and with nowhere to live, her mother is forced to take Judy and her five siblings to seek a new life in Brisbane, where she quickly remarries and Judy's life takes a dramatic turn for the worse. Fleeing to Sydney after attempting to kill her stepfather, all she has are a few belongings in a cardboard port, or suitcase. Judy falls in love with a Singaporean man named Richard, but her dreams of happiness are soon dashed. He sends her to live with his family in Singapore while he remains behind in Australia. So, still a teenager, Judy finds herself abandoned in a strange country with her young child and another on the way.The twists and turns of Judy's subsequent life make for compelling reading. Loathed by her husband's father, she leaves the family home only to find herself at the mercy of one of Malaya's headhunting Dayak rebels and forced to turn to prostitution to feed herself and her children. Later, reunited with her husband, she battles the "body rats" that feed on corpses buried in a neighbouring cemetery before returning to seek refuge in the drains. Ultimately she is faced with a devastating choice: to escape her nightmare world she will have to leave her children behind.This is a true story that will leave you wondering how one woman could endure so much and yet still survive.