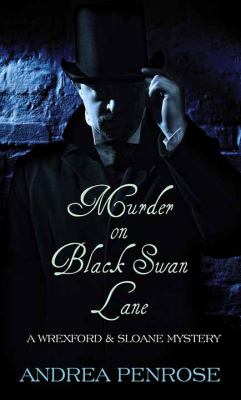 Genre/Form: Historical fiction. | Detective and mystery fiction.DDC classification: 813/.54 Summary: "In Regency London, an unconventional scientist and a fearless female artist form an unlikely alliance to expose unspeakable evil when a clergyman is found slain in a church "-- Provided by publisher.
Tags from this library: No tags from this library for this title. Log in to add tags.

The Earl of Wrexford possesses a brilliant scientific mind, but boredom and pride lead him to reckless behavior. He does not suffer fools gladly. So when pompous, pious Reverend Josiah Holworthy publicly condemns him for debauchery, Wrexford unsheathes his rapier-sharp wit and strikes back. As their war of words escalates, London's most popular satirical cartoonist, A.J. Quill, skewers them both. But then the clergyman is found slain in a church -- his face burned by chemicals, his throat slashed ear to ear -- and Wrexford finds himself the chief suspect.

"In Regency London, an unconventional scientist and a fearless female artist form an unlikely alliance to expose unspeakable evil when a clergyman is found slain in a church "-- Provided by publisher.

Wealthy and influential Lord Wrexford, suspected in the murder of a notorious clergyman with whom he has publicly feuded, must enlist cartoonist and social commentator Charlotte Sloane, aka A.J. Quill, to learn the truth behind the clergyman's murder and the subsequent murder of a chemist. Jointly, the unlikely pair apply their wit while employing the services of friends, colleagues, and the two street urchins whom Quill has taken under her wing. Together, they unveil the clandestine circumstances that led to the grisly murders. Not only is Wrexford's life in peril through the investigations but also the lives of those who help him, including the boys. There is never a dull moment as Wrexford and Quill build their friendship and trust while probing the crimes. Narrator James Cameron Stewart sets the Regency-era London scene perfectly. Verdict Mystery fans, as well as those interested in the early development of the field of chemistry, will find great satisfaction with the meticulously researched setting and the imaginative story.-Ann Weber, Los Gatos, CA © Copyright 2017. Library Journals LLC, a wholly owned subsidiary of Media Source, Inc. No redistribution permitted.

Set in Regency England, this competent series launch from the pseudonymous Penrose (Too Wicked to Wed, as Cara Elliott) opens dramatically in a deserted London church, where a man later identified as the Rev. Josiah Holworthy hands a man referred to as the Golden One a book. "You are holding delicate parchment and pen strokes that will soon change the world," Holworthy declares. After he boasts that he knows the true identity of the man he's meeting with, the Golden One blinds him with a corrosive chemical, then slits his throat. The Earl of Wrexford, who was on bad terms with the deceased, becomes a suspect, and eventually partners with Charlotte Sloane, a cartoonist who sketched the dead man before retrieving a scrap of paper from his body, to solve the crime. A female 19th-century cartoonist as an amateur sleuth is a welcome innovation, but the period details and characterizations fall short of the standard set by such other authors of Regency-era mysteries as C.S. Harris. Agent: Gail Fortune, Fortune Talbot Agency. (July) © Copyright PWxyz, LLC. All rights reserved.
More book reviews at iDreamBooks.com