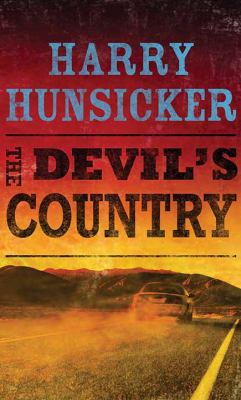 Genre/Form: Detective and mystery fiction.DDC classification: 813/.6 Summary: "After his wife and children are murdered, Former Texas Ranger Arlo Baines comes to the tiny West Texas town of Piedra and rescues a terrified woman and her children from attackers. The next day, the woman turns up murdered, her children are missing, and Arlo is the primary suspect"-- Provided by publisher.
Tags from this library: No tags from this library for this title. Log in to add tags.

Former Texas Ranger Arlo Baines didn't come to the tiny West Texas town of Piedra Springs to cause trouble. After his wife and children were murdered, Arlo just wants to be left alone. Moving from place to place seems to be the only thing that eases the pain of his family's violent end.

"After his wife and children are murdered, Former Texas Ranger Arlo Baines comes to the tiny West Texas town of Piedra and rescues a terrified woman and her children from attackers. The next day, the woman turns up murdered, her children are missing, and Arlo is the primary suspect"-- Provided by publisher.

Tiny Piedra Springs is former Texas Ranger Arlo Baines's destination for the sole reason that it seems like a place to lie low and heal. His family is dead, and the last thing Arlo wants is to solve crimes. But trouble finds him when a woman he only recently met is killed and her children vanish. Worse yet, the murder and abduction eerily mirror what happened to his own wife and children. Not only does Arlo become the prime suspect, but the local police question whether the missing offspring even exist. Small towns are known to hold secrets, and Arlo, despite his insistence that he's retired from the lawman's life, knows it's up to him to investigate, to clear both the case and his conscience. -VERDICT Despite a somewhat predictable setup, -Hunsicker's latest (The Grid) introduces a sympathetic hero who struggles with his own demons as much as he strives to solve the crime at hand. © Copyright 2017. Library Journals LLC, a wholly owned subsidiary of Media Source, Inc. No redistribution permitted.

Hunsicker, the creator of a series about a Dallas PI named Lee Henry Oswald (Crosshairs) and another about disgraced ex-cop Jon Cantrell (The Grid), introduces another underdog, former Texas Ranger Arlo Baines, in this gritty crime novel. Baines, whose wife and two children were murdered less than a year earlier, drifts into the small West Texas town of Piedra Springs, where he encounters a frightened woman, Molly, and her two children in the parking lot of a bar. Two men in cowboy hats are chasing them. Baines disables the cowboys in a brief fight, but when it's over, Molly and her children have disappeared. Sheriff Quang Marsh advises Baines to leave Piedra Springs, but then Molly's body is found and her children are missing; Baines won't leave until he finds the kids. The tale of his family's slaughter emerges in bits and pieces as this admirable hero takes on a town paralyzed by fear of a deadly cult and struggles to emerge from his nightmarish past. Agent: Richard Abate, 3 Arts Entertainment. (Mar.) © Copyright PWxyz, LLC. All rights reserved.

Five people, three of them bent cops, are dead as this thriller begins. And that's just the backstory. The main narrative will be familiar to anyone who remembers old western movies. A stranger steps off the stagecoach (update to Greyhound) and onto the dusty streets of a Texas town. His attempt to drink a beer in the saloon is thwarted when he's menaced by thugs. Then he encounters the tight-lipped sheriff, who orders him out of town. That's when we learn the hero is Arlo Baines, a former Texas Ranger who lost his family, narrowly escaped a murder charge, and is traveling to flee the pain. Hunsicker tells Baines' story in understated prose that can move effortlessly into highly emotional moments, as when he lets us know why those crooked cops had to die. His Texas stay leads him into a confrontation with a dangerous cult, prompting some fine action scenes. But the real and perhaps surprising appeal here comes from the enduring power of the old myth of the mysterious stranger who arrives and leaves with the wind. Shane! Shane!--Crinklaw, Don Copyright 2017 Booklist
More book reviews at iDreamBooks.com