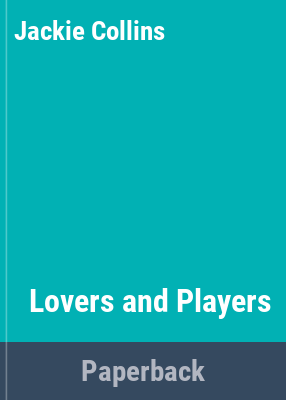 "Dangerous sex, family secrets, irresistible power, mega money, and two murders equal one reckless week in ""New York".".."
In "Lovers & Players" by Jackie Collins, the Diamond family rules. Red Diamond is an abusive and much-loathed billionaire. His three sons, Max, Chris, and Jett, are summoned to New York for a family meeting which rocks their world.
Diahann, a beautiful black ex-singer, works as Red's housekeeper--a job her daughter, Liberty, does not approve of. A waitress and would-be singer herself, Liberty has dreams of her own and while she pursues them, Damon P. Donnell, married hip-hop mogul supreme, pursues "her."
Young New York heiress Amy Scott-Simon is engaged to marry Max. At her bachelorette party she runs into Jett. Jett has no idea who Amy is. She also doesn't realize who "he" is. A one-night fling leads to major complications.
Now the lives of these characters will intertwine, forever changing their destinies, in this highly charged love story about family relationships and deadly choices.
"A decadent concoction sure to appeal...a fast lane take on the lives of the rich and fabulous."
--"Kirkus Reviews"

Pity poor Amy, even if she is a gorgeous young heiress. Before marrying the powerful, older Max, she has a fling at her bachelorette party-with a really hunky guy who turns out to be Max's half-brother. (c) Copyright 2010. Library Journals LLC, a wholly owned subsidiary of Media Source, Inc. No redistribution permitted.

Take one vindictive aging tycoon and three charismatic, ambitious sons; add one na?ve heiress, one aspiring R&B diva, one British (titled, natch) lady of the house; throw in a dash of Russian mafia, kinky sex, a pinch of rap mogul, fabulous locations and a sprinkling of murders, and you have the ingredients for a fast-paced, glamour-heavy Collins extravaganza. Billionaire Red Diamond summons his sons from around the globe to Las Vegas to make a stunning announcement about their inheritance. Each son-Max, a real estate entrepreneur; Chris, an entertainment lawyer for the likes of Tom Cruise and Britney Spears; and Jett, a hotshot model in Italy-is battling his own private demons: a huge business deal gone sour and a bitter ex-wife; a gambling debt that's gotten out of hand; and (what else?) drug and alcohol addiction. In the midst of all the mayhem, a biracial waitress named Liberty, who aspires to be the next Mariah Carey, gets the opportunity of a lifetime when a major hip-hop record label exec comes into her life. And then there's Jett's incredible (but not consequenceless) one-night stand with a nameless pickup at a club, and Max's ex-wife Mariska's ex-Mafia life. The ever-stylin' Collins manages to tie the scattered plot lines together into another page-turning tale packed with intrigue, revenge and romance for her St. Martin's debut. 350,000 announced first printing; $500,000 ad/promo. (Feb. 7) (c) Copyright PWxyz, LLC. All rights reserved

In Collins' twenty-fourth novel, she turns yet again to detailing the tawdry lives of the rich and beautiful. Her latest yarn spans seven days in the lives of the Diamond family, who have gathered in New York at the request of their despotic, abusive, and much-loathed billionaire father. He has summoned his three sons to a meeting, with no explanation, and as they nervously wait, events unfold furiously around them. The sons are Max, a powerful real-estate tycoon who is about to be married for a second time; Jett, a fashion model and Alcoholics Anonymous member, who has recently slept with Max's fiancee; and Chris, a hot L.A. entertainment lawyer with a serious gambling problem. They are all battling their own inner demons, but things really come to a head during this week, the first time they have been together in years. Soon we find out that Max is being blackmailed, then his ex-wife turns up dead, brutally and mysteriously murdered. Meanwhile, Jett must deal with his growing infatuation with Max's fiancee, and Chris has gotten into serious trouble with shady figures over his gambling debts. Vintage Collins here: sex, love, betrayal, and deception. Her fans will certainly enjoy. --Kathleen Hughes Copyright 2005 Booklist

Depraved billionaire summons his three estranged sons to New York for a surprise announcement in Collins's (Hollywood Divorces, 2003, etc.) latest. Red Diamond is some piece of work, as his grown sons, Max, Chris and Jett, can attest. Red has had little to do with his sons until now, and the brothers wonder what exactly the bullying codger is after when he orders them to his luxe Manhattan brownstone for a sudden family meeting. Is he mellowing in his old age? Hardly. Far from being proud of his boys, Red, when not popping Viagra and cavorting with call girls, is continually finding ways to undermine them. Struggling with their own baggage, it's remarkable that the three have managed to make their way in the world at all: Max is a real-estate developer with an adorable little daughter, and a gold-digging Russian ex wife; Chris is a playboy LA entertainment lawyer who owes too much money to a Vegas gangster; and the youngest, Jett, is a male model (and recovering addict) living in Milan with a supermodel. It is Jett who, soon after arriving in New York, complicates the brothers' relationship by falling hard for Max's virginal fiancé Amy during her bachelorette party. Max has an even bigger problem to contend with when his shady ex ends up murdered, making him one of several suspects. Meanwhile, Red's long-suffering black housekeeper Diahann is keeping a secret of her own from her stunning, light-skinned 19-year-old daughter Liberty. An aspiring R&B singer, Liberty catches the eye of the powerful rap mogul Damon, who appreciates the girl's talent and beauty, but is already married. Add to the mix the Russian mob, lots of sex and the promise of true love, and you have a decadent concoction sure to appeal to the author's longtime fans. Just don't expect many plausible events in this fast-lane take on the lives of the rich and fabulous. Wicked fun, but lacking a heroinecomplex enough to root for. Copyright ©Kirkus Reviews, used with permission.
More book reviews at iDreamBooks.com