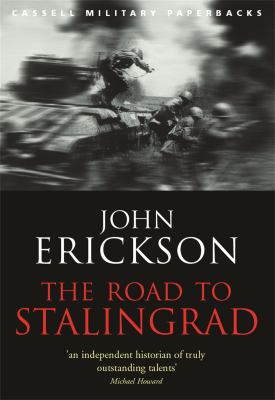 The road to Stalingrad : Stalin's war with Germany. volume one / John Erickson.

The first of two volumes in John Erickson's monumental history of the Soviet-German war.

In THE ROAD TO STALINGRAD Professor Erickson takes us in detail from the inept command structures and strategic delusions of the pre-invasion Soviet Union, through the humiliations as her armies fell back on all fronts before the Barbarossa onslaught, until the tide turned at last at Stalingrad. Unsparingly he assesses the generals and political leaders, and analyses the confusions and wranglings within both Allied and Axis commands. The climax, the grinding battle for Stalingrad, leaves the Red Army poised for its majestic counter-offensive, Operation 'Uranus', discovering it had 'caught a tiger by the tail'.