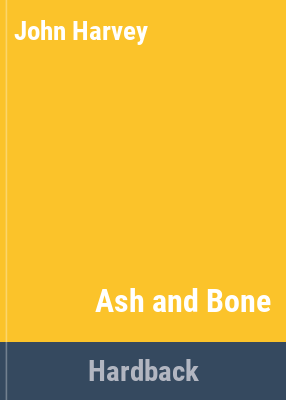 Genre/Form: Detective and mystery fiction. | Thrillers (Fiction)DDC classification: 823.914 Subject: When retired Detective Inspector Elder is persuaded out of retirement, the cold case he investigates has a devastating present day impact, with sinister implications for the Crime Squad itself. But Elder must battle his own demons before he can discover the truth.
Tags from this library: No tags from this library for this title. Log in to add tags.
Fiction notes: Click to open in new window

Detective Sergeant Maddy Birch will never see thirty again. Nor forty. A lifetime on the force and all she has to show for it is a couple of hundred pounds in the bank and a mortgaged flat in Highgate Borders. When the take down of a violent criminal goes badly wrong leaving both the target and a young constable dead, something doesn't feel right to Maddy. And her uneasiness is only compounded when she starts to believe someone is following her home. In Cornwall retired Detective Inspector Elder's solitary life is disturbed by a phone call from his estranged wife Joanne. Seventeen-year-old Katherine is running wild. Elder's fears for his daughter are underscored by remorse and guilt for it was his involvement that led directly to the abduction and rape that has so unbalanced Katherine's life. Maddy and Elder have a connection. A brief, clumsy encounter sixteen years earlier. Just a quick grope and a cuddle, leading to nothing, but leaving a trace of lingering regret. InAsh & Bonethe unsettled, unhappy Elder is once again persuaded out of retirement. A cold, cold case has a devastating present day impact with sinister implications for the crime squad itself. Elder's investigation takes place against the backdrop of his increasing concern for his daughter and he must battle his own demons before he can uncover the truth.

When retired Detective Inspector Elder is persuaded out of retirement, the cold case he investigates has a devastating present day impact, with sinister implications for the Crime Squad itself. But Elder must battle his own demons before he can discover the truth.

Harvey's (Lonely Hearts) mystery series featuring Detective Inspector Charlie Resnick made him world famous. Now he has the difficult task of popularizing a new series without simply redoing the old. In this second novel featuring retired Nottinghamshire detective Frank Elder-the first, Flesh & Blood, won Britain's Silver Dagger Award-Elder is drawn back into the game when a former colleague is murdered. Complications arise when Elder's estranged teenage daughter, a recent kidnapping and rape victim, becomes caught up in the drug scene, and several cops appear to be on the wrong side of the law. Harvey relies on character and dialog, with a strong sense of place, to draw complex characters in complex situations. Like Ian Rankin, he displays a compassionate view of ordinary people, both criminals and police, while ensnaring the reader with tightly woven plots. The writing is so good that one doesn't notice it; there is humor and sorrow, rarely simplicity. Highly recommended for all collections. [See Prepub Mystery, LJ 8/05.]-Roland Person, formerly with Southern Illinois Univ. Lib., Carbondale (c) Copyright 2010. Library Journals LLC, a wholly owned subsidiary of Media Source, Inc. No redistribution permitted.

British veteran Harvey's second novel to feature former Nottingham cop Frank Elder is flatly written and clich?-driven, falling short of its predecessor, Flesh & Blood (2004), which won a CWA Silver Dagger Award. Retired to a shabby shack in Cornwall, Frank is still recovering from the breakup of his marriage and trying to forget the brutal rape of his teenage daughter a year before. Meanwhile, in London, Det. Sgt. Maddy Birch, a 44-year-old transfer from the northern city of Lincoln, isn't doing so well, either. The killing of a much-wanted villain by her armed superior has come under scrutiny, and Maddy is torn between loyalty to her colleagues and the truth. When Frank agrees (much too quickly) to help out the London police on another case, he and Maddy, with whom he once had a brief fling, are teamed up in an investigation that reopens all kinds of old wounds. Even this routine material might have worked had Harvey used any of the bleak humor and sharp characterizations of his classic Charlie Resnick series (Lonely Hearts, etc.). (Dec.) (c) Copyright PWxyz, LLC. All rights reserved

It's great to have Harvey back on the beat, writing the kind of full-throttle realistic procedurals that made his Charlie Resnick series a classic of the genre. This second Frank Elder novel, in which Resnick again makes a cameo appearance, finds the retired Nottinghamshire detective once more lured from his Cornwall retreat by a murder case with ties to his past. This time the victim, a former cop, is someone Elder knew briefly and always wished to know better. That happens, in a macabre way, as Elder offers his services to the London detectives working the case and soon finds himself digging into the lives of the victim and the leading suspect, her former lover. Meanwhile, Elder continues to agonize over his 17-year-old daughter, who appears to be spinning out of control in the wake of her abduction and rape ( Flesh & Blood, 2003), events that Elder feels he should have prevented. Harvey remains a master at portraying those moments in human relationships when the unspoken words tell all; on both sides of the law, he shows characters fumbling to communicate, coming close to one another, then drifting apart, the words that might have helped left unsaid, the wrong words acting as barriers. Perhaps no other crime writer combines unflinching realism with bedrock humanity as convincingly as Harvey. --Bill Ott Copyright 2005 Booklist
More book reviews at iDreamBooks.com