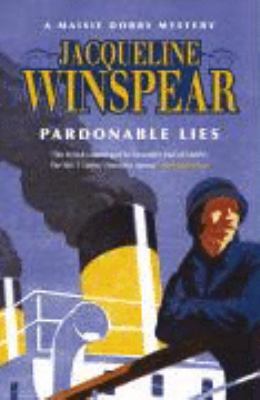 Genre/Form: Historical detective and mystery fiction. | Detective and mystery fiction. | Historical fiction.Subject: Hired to investigate the death of Sir Cecil Lawson's son in the Great War, Maisie Dobbs must confront her own past, and the turmoil and love that she experienced as a nurse in the war.
Tags from this library: No tags from this library for this title. Log in to add tags.
Fiction notes: Click to open in new window

London, 1930. Maisie Dobbs, the renowned psychologist and investigator, receives a most unusual request. She must prove that Sir Cedric Lawton's son Ralph really is dead.

This is a case that will challenge Maisie in unexpected ways, for Ralph Lawton was an aviator shot down by enemy fire in 1917. To get to the bottom of the mystery, Maisie must travel to the battlefields of northern France, where she served as a nurse in the Great War, and where many ghosts still linger. As her investigation moves closer to the truth, Maisie soon uncovers many secrets and lies that some people would clearly prefer stay buried...

Hired to investigate the death of Sir Cecil Lawson's son in the Great War, Maisie Dobbs must confront her own past, and the turmoil and love that she experienced as a nurse in the war.

A pilot's death forces London investigator Dobbs to face the trauma of her World War I memories, as well as grave danger in this third volume of the best-selling series. Winspear lives in Southern California. With a 12-city author tour. (c) Copyright 2010. Library Journals LLC, a wholly owned subsidiary of Media Source, Inc. No redistribution permitted.

Agatha-winner Winspear's engrossing third Maisie Dobbs novel maintains the high quality of its predecessors, Maisie Dobbs (2003) and Birds of a Feather (2004). In late 1930, the London "psychologist and investigator" gets involved in three cases: proving the innocence of a 13-year-old farm girl, Avril Jarvis, accused of murder; undertaking a search for Sir Cecil Lawton's only son, a pilot shot down behind enemy lines in WWI, whose body was never recovered; and looking into the circumstances of the death of her university friend Priscilla Evernden Partridge's brother in France during the war. Maisie must go back to the region where, 13 years earlier, she served as a nurse, and confront her memories of mud, blood and loss. Filled with convincing characters, this is a complex tale of healing, of truth and half-truth, of long-held secrets, some, perhaps, to be held forever. Winspear writes seamlessly, enriching the whole with vivid details of English life on a variety of social levels. Agent, Amy Rennert. (Aug.) (c) Copyright PWxyz, LLC. All rights reserved

Adult/High School-It is 1930 and Maisie Dobbs has been operating her detective cum psychiatric agency for more than a year. Her mentor, Maurice Blanche, a cross between Sherlock Holmes and Hercule Poirot, has retired and she has been successful on her own. But a new case threatens to take her back to a place she has been trying to forget: France, where she was a nurse during the Great War. She has been hired by a successful QC (Queen's Counsel) to prove that his only son did die in the war and was not still alive as his recently deceased wife believed. The case seems to pit her against Blanche, and she becomes as fearful of him as of the strange man following her. This case and one she casually takes on for a friend seem to converge frighteningly, and she is emotionally and physically exhausted by the time she wraps them up. Teens will get a great feel for the time between the World Wars and the social and economic milieu as the Depression approaches and the losses of 1914-'18 seem more trenchant. Maisie is indomitable and inspiring, and she must try to find space in her increasingly busy life for her father and her beau while helping her clients to deal with the scars they carry. A thought-provoking series entry, the story contains revelations of secret missions, homosexuality, the lives of persons from all layers of society, and a winning heroine who is not perfect and is willing to learn from her mistakes.-Susan H. Woodcock, Fairfax County Public Library, VA (c) Copyright 2010. Library Journals LLC, a wholly owned subsidiary of Media Source, Inc. No redistribution permitted.

In this third installment in Winspear's award-winning series, ritish psychologist and investigator Maisie Dobbs, who attended university after serving as a nurse in France during World War I, tackles a trio of cases that ranges from the unsettling to the surreal. There's 13-year-old Avril Jarvis, accused of first-degree murder. And Sir Cecil Lawton, QC, who is attempting to honor his late wife's request to determine if their fighter-pilot son is living or dead. And Maisie's rich, trendy friend, Priscilla, desperate for details about her brother, who was killed in the Great War. Maisie pursues clues with the help of her Cockney assistant, Billy, and wisdom imparted by her elegant, if enigmatic, mentor, Maurice. "The needling out of information . . . is like trying to remove the tiniest splinter from a finger," he once told her. "The trick is to tease out truth without causing blood to flow--literally and figuratively--our own or that of another human being." A trip to France reveals a startling connection between the cases but proves traumatic for the former nurse still haunted by her experiences tending to wounded soldiers during the war. Fans of Miss Marple and Precious Ramotswe are sure to embrace Maisie, a pitch-perfect blend of compassion and panache. --Allison Block Copyright 2005 Booklist
More book reviews at iDreamBooks.com