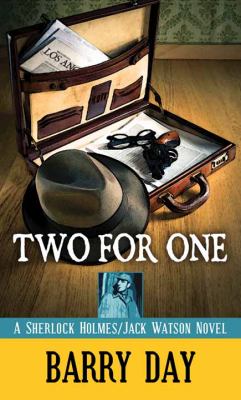 Genre/Form: Detective and mystery fiction.DDC classification: 823/.914 Summary: "Set in Los Angeles, an hallucination of Sherlock Holmes helps hardboiled PI Jack Watson solve a perplexing case in this unique take on Sir Arthur Conan Doyle's legendary detective"-- Provided by publisher.
Tags from this library: No tags from this library for this title. Log in to add tags.

In the city of Los Angeles, there's no private detective quite like Jack Watson. A tough-as-nails gumshoe, he's made a reputation as the kind of sleuth who will take any case, no matter how sleazy or small. He's in the middle of a particularly nasty divorce investigation when his client's mistress sees fit to club Watson on the back of the head with an iron. When he comes to, he's in the hospital looking at Sherlock Holmes.