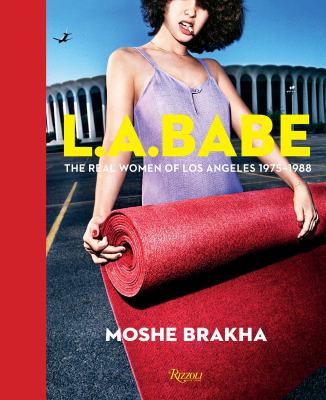 Moshe Brahka's singular and dynamic portraits of various famous and unknown women of Los Angeles during the late 1970s and early 1980s, which appeal to a wide range of demographics. His work has been featured in music and fashion publications and advertising campaigns for luxury fashion brands. At the same time, L.A. Babe was a labor of love: as a former devotee to the Los Angeles punk scene, his photos of women have a strong in-your-face sensibility; people of all stripes who orbit fashion, celebrity, music, and indie subcultures will love L.A. Babe .

From Beverly Hills High School cheerleaders to the punk band The Runaways, L.A. Babe features crazy, sexy, and cool women of all ages, both recognizable and unknown, initially found on the club circuit and shot in Los Angeles in the late '70s and early '80s, evoking Los Angeles at its sunniest, coolest, grittiest glam and punk peak.