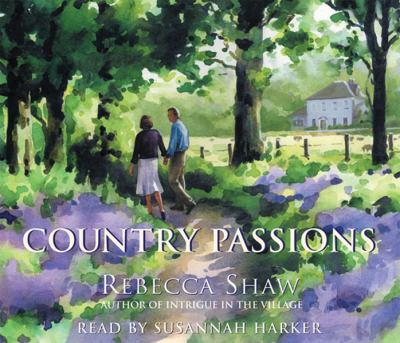 It is a shock to the staff at the Barleybridge Animal Hospital when Dan, one of the farm vets, is seriously injured in a car accident. It is even more of a shock when Scott Spencer, back from Australia, steps in to cover for him. Joy, the Practice Manager, remembers the hearts he broke when he last worked there and also his abrupt departure. She refuses to agree to this appointment, however temporary it turns out to be, and leaves immediately. Scott slips seamlessly into the Practice routine, not guessing what secrets are about to be revealed which will turn his life upside down and amend his callous attitude to women.

Once again the animals and their owners are as much a part of the story as are the members of the Practice. We meet Petunia and Zinnia, two dairy cows; Francesca Goodwood and her herd of organically reared pigs; Chang, the feisty pedigree dog who gets into a brawl with Goliath, the tiny Yorkshire Terrier.

COUNTRY PASSIONS is the fourth book in the highly successful Barleybridge series. It is a wonderfully pacey and tender novel in which Rebecca Shaw weaves her magic around the animals and the people in this busy veterinary hospital, bringing them to life and sharing with us their troubles and triumphs.