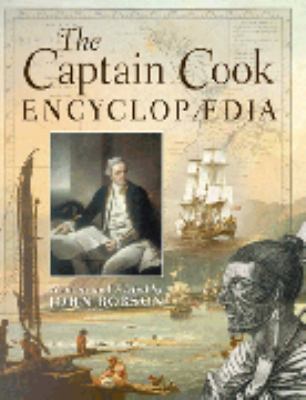 This new encyclopaedia of the life of the great British explorer James Cook is both a meticulous piece of scholarship and an attractive and accessible reference book for the general reader. Cook - the ultimate sailor, surveyor, cartographer and explorer - has had much written about him but, inevitably, many of the published works explore only aspects of his career: In The Captain Cook Encyclopaedia the author - with the help of some twenty distinguished scholars and writers - sets out to answer any question about Cook likely to be raised in the study of his life and career. The work is arranged alphabetically and the essay length of each entry gives a proper context to the people, voyages, events, places and ships important in his life, and allows the author to deal in depth with the latest findings. The work is fully cross-referenced and each entry is followed by a suggested reading list for those wanting to pursue a topic further. There are appendices, a full bibliography and a chronology of Cook's life and times.An introductory essay on Cook's life, from his humble beginnings in Yorkshire to his violent death in Kealakekua Bay at the age of fifty, puts his achievements in context and deals with the latest findings and controversies, and the whole book is rounded off with a careful selection of illustrations and maps. Not only an unrivalled companion to every aspect of his career, The Captain Cook Encyclopaedia is also an ideal introduction to that great century of exploration when Cook, more than any other, delineated the world as we know it today. ABOUT THE AUTHOR: JOHN ROBSON works at the University of Waikato Library, Hamilton, New Zealand, and is the New Zealand representative of the Hakluyt Society and a member of the Captain Cook Society. His first book, Captain Cook's World, which mapped Cook's life and voyages, was highly acclaimed by scholar and enthusiast alike.

Although numerous books have been written about James Cook, this is the first encyclopedia devoted to him. It intends to bring together as much verified information as possible about Cook's life and voyages. Articles by 22 contributors describe the places, people, events, and general topics in Cook's life and range from a couple of paragraphs to several pages. Nearly all are cross-referenced. Besides a 10-page essay on Cook and the encyclopedia entries, the book includes an appendix listing logs and journals associated with Cook's ships and another listing libraries, archives, and museums with significant collections of Cook materials. It also includes a chronology of events in Cook's life, a gazetteer of names associated with Cook, and lists of Cook's crew members and ships on which he served. The book is well illustrated with images from libraries and museums around the world, and includes an eight-page insert of color reproductions. For people who require information in greater depth, a bibliography cites narratives, monographs, journal articles, and chapters. Additional material can be found at the author's Web site . ^BSumming Up: Highly recommended. General and academic collections. J. A. Coombs Southwest Missouri State University
More book reviews at iDreamBooks.com