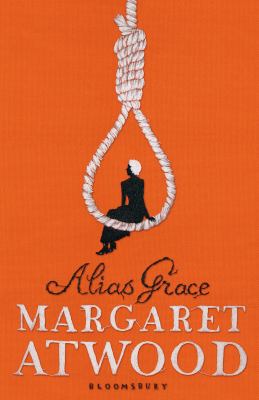 Genre/Form: Psychological fiction. | Biographical fiction. | Historical fiction.Summary: A decade and a half has passed since Grace was locked up, at the age of 16, for the cold-blooded murders of her employer Thomas Kinnear and his housekeeper/lover Nancy Montgomery. Her alleged accomplice, James McDermot, was hanged in 1843. Dr Simon Jordan attempts to uncover the truth.
List(s) this item appears in: TV and Movies
Tags from this library: No tags from this library for this title. Log in to add tags.

1859. Sixteen years have passed since teenaged Grace was locked up for the cold-blooded murder of her employer Thomas Kinnear and his lover, Nancy Montgomery. Saved from the gallows where her alleged accomplice was hanged, Grace claims to have no memory of the events which changed her life for ever.
Dr Simon Jordan is an expert in the field of amnesia. His objective is to unlock the dormant part of Grace 's mind and discover the truth behind one of the most enigmatic and notorious women of all time.

A decade and a half has passed since Grace was locked up, at the age of 16, for the cold-blooded murders of her employer Thomas Kinnear and his housekeeper/lover Nancy Montgomery. Her alleged accomplice, James McDermot, was hanged in 1843. Dr Simon Jordan attempts to uncover the truth.

Atwood steps back to the 1840s to portray a young woman accused of a vicious double murder and the doctor who probes her psyche to try to determine whether she is guilty or innocent. (c) Copyright 2010. Library Journals LLC, a wholly owned subsidiary of Media Source, Inc. No redistribution permitted.

Intrigued by contemporary reports of a sensational murder trial in 1843 Canada, Atwood has drawn a compelling portrait of what might have been. Her protagonist, the real life Grace Marks, is an enigma. Convicted at age 16 of the murder of her employer, Thomas Kinnear, and his housekeeper and lover, Nancy Montgomery, Grace escaped the gallows when her sentence was commuted to life in prison, but she also spent some years in an insane asylum after an emotional breakdown. Because she gave three different accounts of the killings, and because she was accused of being the sole perpetrator by the man who was hanged for the crime, Grace's life and mind are fertile territory for Atwood. Adapting her style to the period she describes, she has written a typical Victorian novel, leisurely in exposition, copiously detailed and crowded with subtly drawn characters who speak the embroidered, pietistic language of the time. She has created a probing psychological portrait of a working-class woman victimized by society because of her poverty, and victimized again by the judicial and prison systems. The narrative gains texture and tension from the dynamic between Grace and an interlocutor, earnest young bachelor Dr. Simon Jordan, who is investigating the causes of lunacy with plans to establish his own, more enlightened institution. Jordan is hoping to awaken Grace's suppressed memories of the day of the murder, but Grace, though uneducated, is far wilier than Jordan, whom she tells only what she wishes to confess. He, on the other hand, is handicapped by his compassion, which makes him the victim of the wiles of other women, toohis passionate, desperate landlady, and the virginal but predatory daughter of the prison governor. These encounters give Atwood the chance to describe the war between the sexes with her usual wit. Although the narrative holds several big surprises, the central questionWas Grace dupe and victim or seductress and instigator of the bloody crime?is left tantalizingly ambiguous. Major ad/promo; author tour. (Dec.) (c) Copyright PWxyz, LLC. All rights reserved

YAIn 1843, at the age of 16, Grace Marks, a recent Irish émigré to Canada, was sentenced to life in prison as an accomplice in the murder of her employer, Thomas Kinnear, and his housekeeper, Nancy Montgomery. The teen confessed to the crime early and later claimed no memory of the events. She was arrested in upstate New York, having run from her employer's house with the handyman, who was hanged for the crimes. Atwood became interested in the case, a true story, and added the involvement of Dr. Simon Jordan. This novel is set 16 years after the crime took place when Jordan, who is interested in the fledgling science of psychology, is recruited by a local Methodist minister intent on proving Grace's innocence to examine her and determine the "truth." Readers are made privy to innumerable details of daily life in that time and place. The concept is intriguing, and while YAs never actually learn the truth, they certainly become involved in Grace's history as well as Simon's bumbling attempts at independence from a domineering mother. Atwood may be playing a game with her readers, but it is one in which many will willingly participate for the fun and mystery while learning about life in colonial Canada. While long, this story reads quickly and all of the characters are compelling, different, and well developed.Susan H. Woodcock, Kings Park Library, Burke, VA (c) Copyright 2010. Library Journals LLC, a wholly owned subsidiary of Media Source, Inc. No redistribution permitted.

Since she was a child, Atwood has been fascinated by the true story of Grace Marks, a 16-year-old, nineteenth-century Canadian domestic worker convicted of the murder of her employer, Thomas Kinnear. Now, in Atwood's first historical novel and perhaps her strongest work to date, she tells us why. Grace's enduringly enigmatic tale embodies Atwood's signature theme--the myriad ironies and injustices of women's lives--and, as she portrays a fictionalized Grace in prose as elegant as Eliot's or Wharton's, she also gleefully exposes all the hypocrisy, sexism, ignorance, and fear embedded in Victorian culture. We learn Grace's story, or, at least, Grace's carefully modulated version of it, during the course of her sessions with a naive American "doctor of the mind" named Simon Jordan. Grace claims to have no memory of the murder of Kinnear, or of Nancy Montgomery, his housekeeper and lover, and denies having had sexual relations with James McDermott, who was hung for his part in the crime. When Jordan arrives, determined to help her regain her memory and, hopefully, clear her name, she has already served 15 years of a life sentence, some in an asylum. Atwood uses their conversations, which are electric with suppressed desire and suspense, as a forum for considering everything from the class system to treatment of the insane, prostitution, spiritualism, and sensationalized journalism. Atwood's humor has never been slier, her command of complex material more adept, her eroticism franker, or her descriptive passages more lyrical. This is a stupendous performance and bound to win Atwood even greater acclaim. --Donna Seaman

A fascinating elaboration--and somewhat of a departure for Atwood (The Robber Bride, 1993, etc.)--of the life of Grace Marks, one of Canada's more infamous killers. As notorious as our own Lizzy Borden, Grace Marks was barely 16 when she and James McDermott were arrested in 1843 for the brutal murder of their employer Thomas Kinnear and his pregnant mistress/housekeeper Nancy Montgomery. The trial was a titillating sensation; McDermott was hanged, and Grace was given the dubious mercy of life imprisonment. Some felt her an innocent dupe, others thought her a cold-blooded murderer; the truth remains elusive. Atwood reimagines Grace's story, and with delicate skill all but replaces history with her chronicle of events. Anchoring the narrative is the arrival of Dr. Simon Jordan, who has come to investigate the sanity of Grace after some 16 years of incarceration. A convert to the new field of psychiatry, Jordan is hoping to help Grace recover her memory of the murders, which she claims no recollection of. He begins by asking for her life story. Grace tells him of her first commission as a laundry maid in a grand house, and of her dear friend Mary, dead at 16 from a botched abortion. On she goes until she calmly relates the events that led up to the murders, and her attempted escape with McDermott afterward. Hypnotism finally ``restores'' her memory (or is Grace misleading Jordan?), with results that are both shocking and ambiguous. Employing a variety of narratives--Grace's own, Dr. Jordan's, letters, newspaper accounts from the time, poems from the period, and the published confessions of the accused--a complex story is pieced together. The image of the patchwork quilt, used repeatedly in the novel, is a fitting metaphor for the multiplicity of truths that Grace exemplifies. Through characteristically elegant prose and a mix of narrative techniques, Atwood not only crafts an eerie, unsettling tale of murder and obsession, but also a stunning portrait of the lives of women in another time. (Author tour)
More book reviews at iDreamBooks.com