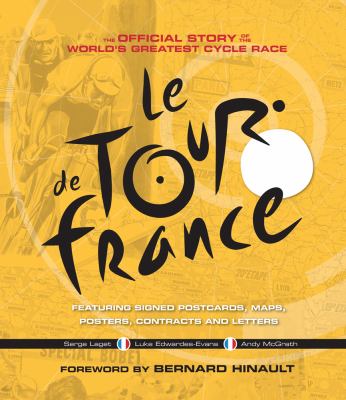 Filled with features and fabulous images, this official celebration of the famed Tour de France is now updated to include the 2016 race!
Generally considered the greatest test of endurance in sports, the Tour de France covers more than 2,200 miles in just over three weeks, climbing high into both the Alps and Pyrenees before ending on Paris's iconic Champs-Élysées. This brand-new and updated edition gives an authoritative account of each major era up to and including the 2016 Tour with more than 300 photographs, some dating back to the nineteenth century. Features on the superstars, coverage of memorable moments in every era, thrilling action shots, and pictures of souvenir brochures, period newspapers, posters, stickers, postcards, and letters will engross every fan of the sport .