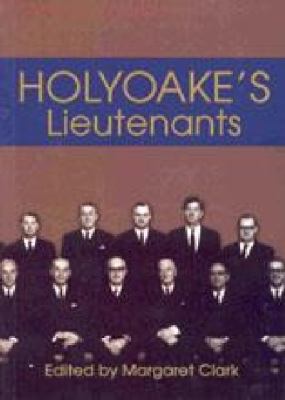 Sir Keith Holyoake was one of New Zealand's longer-serving Prime Ministers, leading the National Party to four successive electoral victories in 1960, 1963, 1966 and 1969. He provided certainty in a period of transition for New Zealand. His remarkable political life has tended to obscure the fact that his ministerial team included some very talented people who served him and their country with dedication and distinction. This volume seeks to acknowledge that fact and redress the neglect of Holyoake's lieutenants.

Papers originally presented at a conference held in April 2001 at Parliament in Wellington.