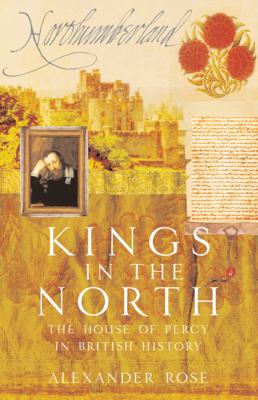 Kings in the north : the House of Percy in British history / Alexander Rose.

The House of Percy resounds throughout Shakespeare's history plays, the Wars of the Roses and the centuries-long Anglo-Scottish Wars. In the Middle Ages, the earls of Northumberland were famed, or notorious, as the Kings in the North, a region they ran almost as an hereditary domain. Alexander Rose traces the history of this ancient and sometimes haughty dynasty from the moment William de Percy stepped into England alongside William the Conqueror to the waning of the medieval era after the Battle of Bosworth in 1485. The book considers the family within its broader context of British history - too often regarded as purely 'Southern English' history - and offers readers the grand sweep of Anglo-Scottish history from the perspective of individuals. The clash between king and nobles over Magna Carta, for example, is seen from the view of Sir Richard Percy, one of its signatories, whose delicate personal situation helps explain his lifelong antagonism towards King John. The Percys' commanding role in the English wars against Scotland, as well as their part in the Hundred Years War, the Crusades and the politics of the time, feature prominently.