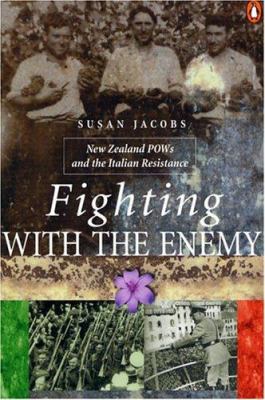 Fighting with the enemy : New Zealand POWs and the Italian resistance / Susan Jacobs.

When Italy capitulated during the Second World War, the Germans retaliated against their former ally with brutal force; almost overnight the Italian Resistance was born. Over 450 Kiwi prisoners-of-war saw escape as their only hope. A pathway to precarious safety was provided by the partisans, who were still fighting German and Italian Fascists, and by ordinary Italian families. Many were captured again, and some were tortured and killed. The relationships forged between these New Zealanders and their Italian helpers are keenly remembered and honoured by both sides today. Their stories provide an insight into the Italian Resistance itself, its heroism, sacrifice and impact. Moving and exhilarating, Fighting with the Enemy shows the human side of war.