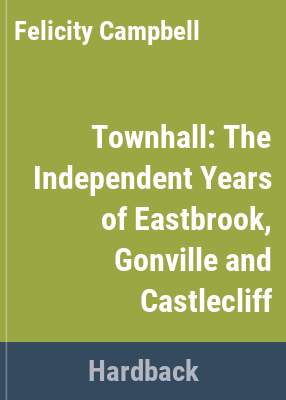 "Several years ago, I was asked to examine the minute books of the Boards of Gonville, Castlecliff and the Borough of Wanganui East when they were independent local bodies. This book contains sketches of these boards, not full suburban histories. The main resources are the minute books, which are held in the Whanganui District Council Archives. My project has been to draw out the politics and personalities and give context to the masses of detail that constitute the minutes. The origins of these three suburbs were completely different and tell contrasting stories. Even the most exotic tourist destinations in the world are somebody elses backyard, so it makes sense to learn about our own. Whanganui is a now wonderful city, but the handsome villas and bungalows, magnificent old trees and reserves in these suburbs were authorised by these town boards. The tidy, established homes in native timbers can never be built again, and many Whanganui residents show their appreciation of this architecture in their restoration, colour schemes and gardens. The elected boards had their own by-laws, built their own town halls and applied their own valuation and rating systems. Many of these tiny local authorities faced enormous problems, but they were all attempted. They began with a few clay roads but joined Wanganui Borough with metalled roads, footpaths, water, gas and some sewerage. It has been nearly a century since amalgamation, enough time to standardise town services evenly across the suburbs, yet it is still possible to see those different brains and ideologies reflected in different areas. That is nothing unusual, it is the way most cities are built, but I hope the outlines and the graphics in this book act as a codebreaker to explain a few of the quirks in our Whanganui."--Felicity Campbell's Book website.