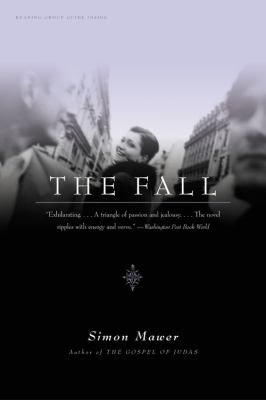 | Desire -- FictionGenre/Form: Detective and mystery fiction. | Mystery and detective stories.DDC classification: 823.914 Subject: As adolescent boys, Rob Dewar and Jamie Matthewson were as close as friends can be. So when, forty years on, Jamie is found dead at the foot of the Great Wall, a vertical, holdless slab of Welsh rock, Rob feels compelled to return to the place where they had grown up together, to confront the past.
Tags from this library: No tags from this library for this title. Log in to add tags.
Fiction notes: Click to open in new window

As adolescent boys, Rob Dewar and Jamie Matthewson were as close as friends can be. So when, forty years on, Jamie is found dead at the foot of the Great Wall, a vertical, holdless slab of Welsh rock, Rob feels compelled to return to the place where they had grown up together, to confront the past.

A middle-aged man's fall on a foolhardy climb is the prelude to this lovely two-generational love story. The death of famed English climber Jamie Matthewson, son of the legendary Guy Matthewson, who died high on a Himalayan mountain, draws closest friend and former climbing partner Rob Dewar back to the climbing community and opens the way to startling revelations involving the two men and their families. Mawer (Mendel's Dwarf; The Gospel of Judas) explores seduction, betrayal, and love in its various aspects in scenes ranging from the horrific bombing of 1940s London to breathtaking, perilous climbs. As a backdrop, climbing comes to serve both as an analogy for and an escape from life. Rob, Jamie, and the people they love are exceptionally well drawn, and their story is as absorbing as it is accomplished. For all fiction collections.-Michele Leber, formerly with Fairfax Cty. P.L., VA (c) Copyright 2010. Library Journals LLC, a wholly owned subsidiary of Media Source, Inc. No redistribution permitted.

Uncommonly wise and painstakingly crafted, this tale of struggles on personal and physical slopes ranges from present-day Wales to blitz-era London, tracking two generations of tangled love affairs. It begins with the death of acclaimed mountain climber Jamie Matthewson near his home in craggy North Wales. When Jamie's childhood friend Rob Dewar goes to visit Matthewson's widow, Ruth, the novel steps backwards in time to recount the story of Jamie's relationship with Rob and Ruth. From their childhood onwards, Jamie and Rob share a love of mountain climbing, of the sheer danger involved in it. The two men are rivals as athletes but also as lovers, as they compete for the love of many women-from Ruth, a drifting free-spirited artist who eventually marries Jamie, to Jamie's mother herself. As Ruth's relationship with Jamie evolves, it does not necessarily cool with Rob, straining the friendship between the two. Mawer gradually reveals that the complications began before either Jamie or the narrator were born, describing the kindling of romance between Jamie's father, himself a mountain climber, Rob's mother and Jamie's mother in England during the heady years of World War II. Although the mountain-climbing descriptions sometimes threaten to overpower the novel with their intensity, their metaphorical significance always wins out. Mawer has created characters and situations that overflow with truly believable pain and exhilaration, and he endows the narrative with a surging energy that pushes the book forward, all the way to an end which, like the final line of a haiku, casts a startling light on everything that came before it. (Jan. 7) Forecast: Mawer has made a name for himself as a brainy, broad-canvas novelist (Mendel's Dwarf; The Gospel of Judas). This quieter effort may attract a few mountain-climbing aficionados in addition to Mawer loyalists. (c) Copyright PWxyz, LLC. All rights reserved

Like his father before him, Jamie Matthewson is a world-class mountain climber and, like his father before him, meets his death while pursuing his passion with a recklessness that fails to exorcise his relentless demons. When Jamie falls during a routine climb in his native Wales, and not on the slopes of Everest as his father had, his death seems more intentional than accidental. For Rob Dewar, Jamie's childhood friend and onetime climbing partner, Jamie's death occasions a fall of his own, a tumble back in time in which he unleashes an avalanche of family secrets that will dangerously bind the two men together in ways neither could ever have imagined. Sons and mothers, husbands and wives, friends and lovers: in Mawer's masterful hands, none of these relationships are what they seem. Intricately weaving time and place, from the bombed-out ruins of World War II London to isolated Alpine mountain peaks, Mawer crafts a sinuously devastating tale of forbidden love and faithless betrayal. A haunting and mesmerizing novel from an expert storyteller. --Carol Haggas

British author of the extraordinary Mendel's Dwarf (1998) returns with a much more ordinary tale of star-crossed love. The Welsh Guy Matthewson is widely known as a climber by the time the considerably younger Diana Sheridan-on a walking tour with friends-meets the famous man, goes climbing alone with him, stays overnight in his hotel-and falls hopelessly in love, as he does with her. But there are problems. It's 1940, Diana will soon be a nurse in London, and not only does Guy face the trials of being a conscientious objector (though he switches later), but he's married-to a German wife who left him two years before and returned to Germany with their young daughter. Diana can't believe he'll ever be free to marry her, and so ends the affair (by letter) when she finds she's pregnant-and never tells him that she aborted their own infant daughter before entering her loveless and short-lived marriage with a doctor. She doesn't even tell him about it when they happen to meet once more, after the war-Guy by now married to the good-looking Meg, as sexually loose as Diana is contained-and have a last passionate night of true love. All of this is told in flashbacks from the 1960s and later, in a story about the intimate friendship between Diana's son, Rob Dewar, and Meg's son, Jamie Matthewson. The two will climb together-Jamie will go on later to achieve truly enormous international fame-until an accident takes Rob off the Alpine faces and puts him into the art gallery business. Years pass, then decades-and only with the deadly fall alluded to by the title will past mysteries finally be revealed. Nothing new, really (the secret kept by one generation from another may not satisfy wholly once it's revealed), but well and skillfully done: the landscapes are wonderful, the history sharp, the climbing scenes awesome.
More book reviews at iDreamBooks.com