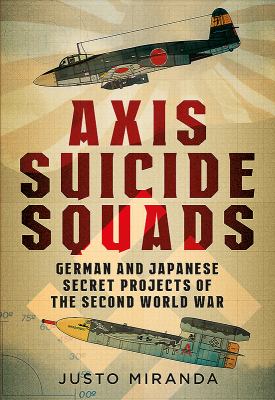 During the Second World War both Germany and Japan developed several types of anti-aircraft and anti-ship missiles. Unfortunately for them, the Allies were technologically superior in electronic warfare by mid-1944, just in time to interfere the guidance systems of first generation. The Japanese thought to have found the tactic to stop the invasion fleets, with the ritual of the terminal dive bombing. The Germans adapted their Sturmjäger squadrons to the Taran tactics learnt from the Soviets. Once the radio frequency war was lost, the Axis scientists tried to develop other control techniques. But the acoustic, electrostatic and infrared sensors, together with the TV guidance system, were not ready on time and broken cables made the wire guided bombs frequently fail. Both countries began to design ramming fighters and suicide bombers when the futile devastation of their cities by the Allies bombers ensured that, when the time comes, there would not be lack of volunteer pilots. But this book is just about machines, depicting all known designs of all Axis suicide airplanes and panic fighters.