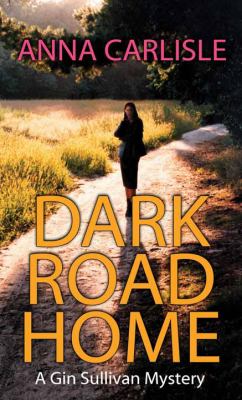 Genre/Form: Mystery fiction. | Detective and mystery fiction.DDC classification: 813/.6 Summary: "Twenty years after her sister, Lily, disappeared, Gin Sullivan is living in Chicago, working as a medical examiner when Lily's body is found in the woods outside her small hometown. As Gin examines her sister's remains, she uncovers a shocking truth that could change everything, if it doesn't kill her first"-- Provided by publisher.
Tags from this library: No tags from this library for this title. Log in to add tags.
Fiction notes: Click to open in new window

The summer after she graduated from high school, Gin Sullivan's sister, Lily, went missing. Her family fell apart, not to mention her relationship with her high school sweetheart Jake. Now, almost twenty years later, Gin is living in Chicago and working as a medical examiner when she gets the call that a body's been found in the woods outside her small hometown. It's Lily's.

"Twenty years after her sister, Lily, disappeared, Gin Sullivan is living in Chicago, working as a medical examiner when Lily's body is found in the woods outside her small hometown. As Gin examines her sister's remains, she uncovers a shocking truth that could change everything, if it doesn't kill her first"-- Provided by publisher.

Virginia "Gin" Sullivan could not leave Trumbull, PA, behind fast enough. The summer after her senior year in high school, her world imploded when her little sister, Lily, disappeared. Everyone in town thought Gin's boyfriend, Jake Crosby, had killed her. Now, Gin is a pathologist in Chicago, but when Lily's body is found, folded up inside a cooler, Gin returns home to confront her past. Seventeen years ago, twins Tom and Christine Parker were Gin's constant companions, and the three of them made an inseparable quintet with Jake and Lily. But old secrets raise their ugly heads as Gin draws on her forensic skills to investigate. Debut author Carlisle deftly interweaves her characters' memories into the well-paced story line, creating a haunting tableau. VERDICT With protagonists so well drawn that readers will feel as if they know them intimately, this excellent mystery will appeal to fans of Gillian Roberts and Nicci French. Dillon, E.R. Threefold Death. © Copyright 2016. Library Journals LLC, a wholly owned subsidiary of Media Source, Inc. No redistribution permitted.

Chicago-based medical examiner Virginia "Gin" Sullivan, the heroine of Carlisle's outstanding first novel, makes her first visit in years to her rust belt hometown of Trumbull, Pa., after she learns of the discovery of the remains of her rambunctious and independent sister, Lily, who went missing the summer Gin graduated from high school. Lily's body was found in the woods in a large cooler that belonged to Gin and her then boyfriend, Jake Crosby. Lily's disappearance had catastrophic effects not only on her sister and parents but also on the others in their tight-knit group, including the twins Tom and Christine, whose widowed father depended on Gin's mother for assistance, and on Jake. As the hunt for Lily's killer points first to one suspect then another, Gin realizes how much her life in Chicago was an attempt to escape the pain of her past and how unsatisfying her life has become. An engrossing story line and cast of fully developed characters make this debut psychological thriller hard to put down. Agent: Barbara Poelle, Irene Goodman Literary Agency. (July) © Copyright PWxyz, LLC. All rights reserved.

Years after her sister, Lily, disappeared, Chicago medical examiner Gin Sullivan returns to Trumball, Pennsylvania, to finally bury her. Gin is greeted by her high-school boyfriend, Jake, suspected by many to have had something to do with Lily's disappearance. Jake convinces Gin of his innocence and helps her narrow down the list of who could have wanted to kill a harmless teenage girl. Gin is a no-nonsense protagonist, still keeping people at arm's length a decade after losing her sister. The scenes where she gets to strut her big-city medical knowledge show a spark of how this protagonist could grow as debut-novelist Carlisle adds new installments to her series.--Keefe, Karen Copyright 2016 Booklist

A medical examiner returns to her small-town home to investigate the death of her sister, a task as personally as professionally demanding. Growing up in a small town with a close-knit group of friends, Gin Sullivan felt warmly supported even though her parents, Richard and Madeline, seemed more concerned with their professional lives than their children. Maybe that's what led Gin and her sister, Lily, to treat their friends like family until the summer when everything changed. When Lily went missing, it seemed a forgone conclusion that she would never be seen again. Her disappearance pitted Gin against her high school sweetheart, Jake Crosby, the last person to see Lily alive. Almost two decades later, Gin recognizes Jake's voice when he calls her out of the blue to tell her that a body has been found in the woods and that they think it's Lily. Returning home to support her parents, Gin is surprised how little the town has changed even though she's felt a million miles away. She wastes no time calling in favors and sweet-talking Jake's father and local cop Lawrence to get her into Lily's autopsy. She is, after all, an extremely qualified medical examiner, so the department should be grateful for her help. What she discovers during the exam changes everything she thought she knew about Lily and the group of friends she thought she could depend on. Now she must rely on Jake to help her learn the whole truth, not knowing if he's the one who hid everything from her in the first place. Though Carlisle's series debut is a bit too pat to hit the mark, there's room for her writing to grow even if the same can't be said for her characters. Copyright Kirkus Reviews, used with permission.
More book reviews at iDreamBooks.com