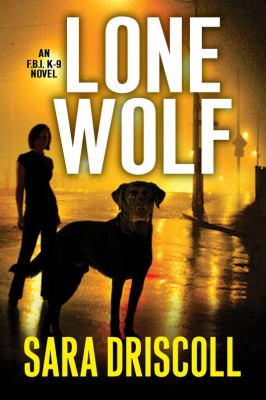 Genre/Form: Detective and mystery fiction. | Thrillers (Fiction.)DDC classification: 813/.6 Summary: FBI Special Agent Meg Jennings and Hawk, her loyal search-and-rescue Labrador, must zero in on one of the deadliest killers in the country, a serial bomber who draws Meg and Hawk into a battle of wits and survival skills.
Tags from this library: No tags from this library for this title. Log in to add tags.
Fiction notes: Click to open in new window

Meg and Hawk are part of the FBI's elite K-9 unit. Hawk can sniff out bodies anywhere-living or dead-whether it's tracking a criminal or finding a missing person. When a bomb rips apart a government building on the National Mall in Washington D.C., it takes all of the team's extensive search-and-rescue training to locate and save the workers and visitors buried beneath the rubble.

But even as the duo are hailed as heroes, a mad bomber remains at large, striking terror across the Eastern seaboard in a ruthless pursuit of retribution. As more bombs are detonated and the body count escalates, Meg and Hawk are brought in to a task force dedicated to stopping the unseen killer. But when the attacks spiral wide and any number of locations could be the next target, it will come down to a battle of wits and survival skills between Meg, Hawk, and the bomber they're tracking to rescue a nation from the brink of chaos.

FBI Special Agent Meg Jennings and Hawk, her loyal search-and-rescue Labrador, must zero in on one of the deadliest killers in the country, a serial bomber who draws Meg and Hawk into a battle of wits and survival skills.

At the start of Driscoll's wonderfully readable series launch, FBI special agent Megan Jennings and her black Labrador partner, Hawk, are tracking a child murderer through a Maryland forest. The pair soon shift to search and rescue work in the ruins of the Department of Agriculture headquarters in Washington, D.C., which has been devastated by a drone-delivered bomb built by a man with a head full of antigovernment resentment and a big stash of C-4 explosive. While the villain gloats and plans even bloodier atrocities, ex-cop Meg gets deeply involved in the manhunt, aided by a jaded but humane newspaper reporter and encouraged by a hunky, sensitive firefighter. The tension builds to another wilderness chase, this time through the mountains of West Virginia, as Meg and Hawk close in on the bomber. There's nothing especially new about the characters or plot, but Driscoll has selected and assembled the story elements with impressive professionalism. Driscoll is the pen name of Jen J. Danna and Ann Vaderlaan (the Abbot and Lowell forensic mysteries). Agent: Nicole Resciniti, Seymour Agency. (Dec.) © Copyright PWxyz, LLC. All rights reserved.
More book reviews at iDreamBooks.com