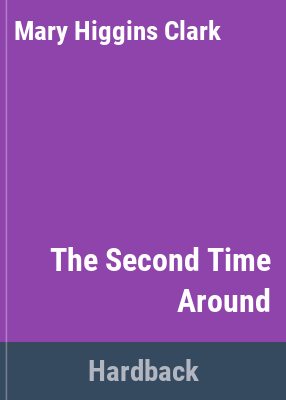 Genre/Form: Thrillers (Fiction) | Detective and mystery fiction.Subject: Summary : A chilling corporate scandal comes to life when the aftershocks lead to a boy's mysterious disappearance and the wife of a corporate businessman turned fugitive assumes that her husband is accountable, only to learn that the consequences of corporate misdeeds can become a matter of life and death.
Tags from this library: No tags from this library for this title. Log in to add tags.
Fiction notes: Click to open in new window

When her son vanishes, she supposes that her husband had spirited him away--only to realize, long after, that he may have had nothing to do with the boy's disappearance. This is Clark at her very best--a riveting slice of suspense that examines a family living with consequences that become a matter of life and death.

Summary : A chilling corporate scandal comes to life when the aftershocks lead to a boy's mysterious disappearance and the wife of a corporate businessman turned fugitive assumes that her husband is accountable, only to learn that the consequences of corporate misdeeds can become a matter of life and death.

Since her corporate husband is running from the law, a young mother assumes that he is responsible for their son's disappearance. But she's wrong. (c) Copyright 2010. Library Journals LLC, a wholly owned subsidiary of Media Source, Inc. No redistribution permitted.

There's something special about Clark's thrillers, and it's not just the gentleness with which the bestselling writer approaches her often lurid subject matter (in this one, for instance, there are numerous killings, but all occur off-page). Special above all is the compassion she extends to her characters-heroines, villains and supporting cast alike. In this latest effort, she conjures empathy even toward a mass killer, whose murderous spree has been sparked by a corporate crime. The smoothly told tale is narrated partly from the third-person perspective of the killer, and partly from the first-person point of view of Wall Street Weekly correspondent Carley De Carlo. Carley is the stepsister of Lynn Spencer, whose charismatic husband, Nicholas, dies in the crash of his small plane as he is fleeing arrest for looting the medical company he founded, which had made claims of a cancer cure, now proved false. Myriad investors have lost much, sometimes everything; one is Ned Cooper, whose beloved wife died as a consequence of Nicholas Spencer's thievery, and who determines to take revenge, setting off on a killing spree. Assigned to do a feature about the Spencer case, Carley digs deep, uncovering clues to a conspiracy within Spencer's medical company, as well as to the possibility that the cancer cure worked after all. Can she get to the bottom of the mess before Ned Cooper, or the possible conspirators, take her out? Clark's fans know the answer to that question, but what the novel lacks in suspense it makes up for in grace, charm and solid storytelling. 750,000 first printing; BOMC, Literary Guild, Mystery Guild and Doubleday Book Club main selection. (Apr. 15). (c) Copyright PWxyz, LLC. All rights reserved

Adult/High School-A feature writer for a newspaper, Carley DeCarlo has been assigned to do an article on the life and death of Nicholas Spencer, an eminent researcher who was on the verge of developing a pharmaceutical cure for cancer. Since millions of specially donated dollars are missing from his firm, his airplane accident may have been a faked suicide, or murder. Occasional chapters feature a disturbed man as he retaliates for the death of his wife, which he blames on Spencer's firm. Carley's portion of the story is written in first person so readers follow her doubts and triumphs as clues are revealed. She is a true sleuth; she often gets a clue that confuses her, but she keeps on investigating. Tension builds gradually as readers see both the heroine and the schizophrenic at work. But is he the only villain? Short chapters help to keep the suspenseful plot moving along.-Claudia Moore, W. T. Woodson High School, Fairfax, VA (c) Copyright 2010. Library Journals LLC, a wholly owned subsidiary of Media Source, Inc. No redistribution permitted.

Financial columnist Marcia "Carley" DeCarlo finds herself squarely in the middle of a bizarre story about the mysterious disappearance of Nick Spencer, founder of the medical research firm Gen-stone, which had been on the brink of developing a cancer vaccine. When it's discovered that Spencer apparently stole thousands of investment dollars and either lied about or sabotaged the progress of the vaccine's development, Carley can't believe it. Being loosely related to Spencer (she's the stepsister of his second wife), she found him completely upstanding and honorable in his passion for his work. Could he have fooled her and the hundreds of other investors who gave their money hoping for a cure for someone they loved? Under the guise of doing an in-depth story on Nick Spencer, Carley conducts her own investigation, discovering dark forces behind Gen-stone's demise. The prolific and ever-popular Clark isn't the subtlest crime writer, but she knows how to spin an intriguing tale, and this time she's created a convincing heroine in Carley. --Mary Frances Wilkens
More book reviews at iDreamBooks.com