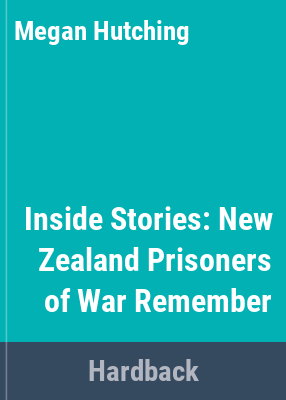 The Second World War saw one in 200 of the New Zealand population held in captivity by members of the opposing forces. Of these, most were captured early in the campaign, and most - over 7000 individuals - were army personnel.

"Presents a small sample of the experiences of the approximately 8800 New Zealand servicemen who were taken prisoner during the Second World War"--P. 12.