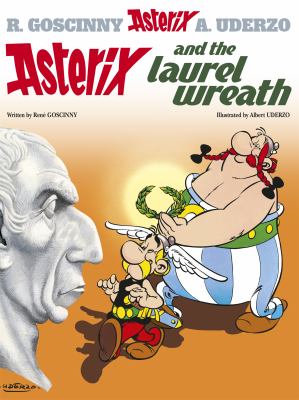 Asterix and the laurel wreath / written by René Goscinny ; illustrated by Albert Uderzo.

Chief Vitalstatistix rashly invites his brother-in-law to dine of a stew seasoned with Caesar's laurel wreath, so Asterix and Obelix must go to Rome to fetch those laurels. Hoping to get access to Caesar, they sell themselves as slaves - but can they do a deal with the corrupt Goldendelicius to swap the laurels for parsley? If so, it will be their own Roman triumph.

Revised and translated from the French.