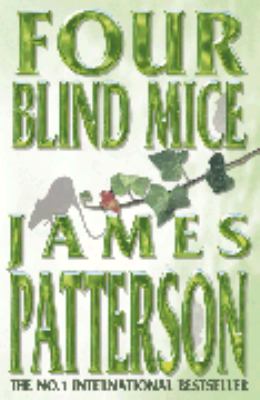 Genre/Form: Thrillers (Fiction) | Detective and mystery fiction.DDC classification: 813.54 Summary: Alex Cross is preparing to resign from the Washington Police Forec. He's enjoying the feeling, not least because the Mastermind, Kyle Craig is now in prison. And, finally, Alex has met a woman, Jamilla Hughes. With Nana and the kids, he is talking about the future. Then John Sampson shows up at the house, desperate for Alex's help. Three young military wives have been savagely killed during a 'girls' night out and Sampson's friend, a master sergeant at the army base stands accused. Uncovering evidence of a series of suspicious murder convictions, Alex and Sampson are determined to infiltrate the closed world of the military. But what is the army trying to hide?
Tags from this library: No tags from this library for this title. Log in to add tags.
Fiction notes: Click to open in new window

Now the Mastermind is in prison, Alex Cross is ready to leave the Washington Police Force. And, finally, Alex has met a woman, Jamilla Hughes. With Nana and the kids, he is talking about the future. Until John Sampson arrives and begs him to take on one last case - his best friend has been accused of an horrific triple murder. Three women were knifed at an Army base. His fingerprints and DNA have been found - but Sampson's friend swears he has been framed, and that Alex is his only hope...Uncovering evidence of a series of suspicious murder convictions, Alex and Sampson are determined to infiltrate the closed world of the military. But what is the army trying to hide? And do the mysterious symbols daubed on the homes of the accused mean that there are more sinister forces at work? With his trademark razorsharp plotting and adrenaline-filled action, James Patterson takes us on a sensational rollercoaster tale of suspense, politics, and intrigue that proves once again that he is, quite simply, in a class of his own.

Alex Cross is preparing to resign from the Washington Police Forec. He's enjoying the feeling, not least because the Mastermind, Kyle Craig is now in prison. And, finally, Alex has met a woman, Jamilla Hughes. With Nana and the kids, he is talking about the future. Then John Sampson shows up at the house, desperate for Alex's help. Three young military wives have been savagely killed during a 'girls' night out and Sampson's friend, a master sergeant at the army base stands accused. Uncovering evidence of a series of suspicious murder convictions, Alex and Sampson are determined to infiltrate the closed world of the military. But what is the army trying to hide?

In the latest Alex Cross thriller, his partner, John Sampson, takes center stage. A friend of John's, U.S. Army Sergeant Cooper, has been convicted of murdering three women. The military higher-ups are convinced that it's an open-and-shut case, but John knows that his friend is innocent. Their investigation is hampered at every turn, as if the army doesn't care to have the truth revealed, even when Cross and Sampson uncover other military men who were possibly framed for murder. Meanwhile, the real killers, who are methodical in covering their tracks and leaving incriminating evidence pointing to their targets, discover the investigation and decide to mark Cross and Sampson for extermination. This time around, Patterson's story is more personal than plot-driven, and there are a lot fewer plot twists than one usually finds in a Patterson novel. Still, Four Blind Mice is a vast improvement over the previous two Alex Cross thrillers (Roses Are Red, Violets Are Blue), which were both poorly written and unnecessarily gruesome, with a number of unrealistic passages. Libraries won't be able to keep this new book on the shelves. [Previewed in Prepub Alert, LJ 7/02.]-Jeff Ayers, Seattle P.L. (c) Copyright 2010. Library Journals LLC, a wholly owned subsidiary of Media Source, Inc. No redistribution permitted.

This audio version of Patterson's latest Alex Cross thriller moves smoothly and with great energy. The story is one of Patterson's best: just as Cross is about to retire from the Washington, D.C., police and head out to California to pursue an attractive romantic possibility, he's pulled into an intriguing case in North Carolina by his partner and best friend, John Sampson, who asks Cross to help him prove that an old Vietnam colleague of Sampson's couldn't have killed three women in a particularly brutal manner. With two excellent readers splitting up the good guys' and bad guys' voices between them, the story never wanes or goes off-track. Broadway veteran Fernandez gives a strong performance of Cross and Sampson and adroitly brings Cross's crotchety grandmother to life. Emerson frighteningly portrays the villains, subtly differentiating the characters with his voice. Simultaneous release with the Little, Brown hardcover (Forecasts, Oct. 7). (Nov.) (c) Copyright PWxyz, LLC. All rights reserved

Alex Cross is on the brink of retirement from the Washington Police Force when his best friend, John Sampson, comes to him with an urgent request. Sampson's friend, Sergeant Ellis Cooper, has just been convicted by a military court for the murders of three women. Cooper swears he's innocent, and Sampson believes him. Cross and Sampson head to North Carolina to investigate, but they're discouraged by the military stonewalling. Cross digs deeper and learns that Cooper isn't the first model officer to be convicted of brutal murders--other military men around the country have been accused, convicted, and even executed for crimes that bear a striking similarity to the murders Cooper supposedly committed. E-mails from an anonymous person who calls himself Foot Soldier supply Cross with clues and information, but Cross isn't sure he can trust the mysterious informant. A more pleasant distraction awaits Cross--Jamilla Hughes, a detective he worked with in Violets Are Blue (2001) comes to visit, and sparks fly between the two. Cross isn't the only one who finds love--Sampson is growing close to the widow of one of the executed military men. But when the search for the killers leads back to the army and men who fought in Vietnam, both Cross and Sampson will risk their lives to catch the killers. Patterson delivers another exciting thriller, with some intriguing new developments for Cross. --Kristine Huntley

Schematic and pedestrian, Patterson's latest (after The Beach House, p. 519) pits Alex Cross against a trio of serial killers. If only Alex Cross (last seen in Violets Are Blue, 200l) could retire from the Washington Police Force, as he wants to when he first appears here, having breakfast with his family. Alas, Cross's friend John Sampson entreats the detective to take one more case, and a desultory pursuit ensues. Sampson believes the conviction of his friend, 'Nam vet Ellis Cooper, for the brutal murder of three women resulted from a frame-up. Patterson's quick (what else?) crosscut to the killers bears Sampson out. Calling themselves "the three blind mice," the men are hired killers unaware of the identity and motives of their employer, who, presumably, is the fourth mouse of the title. With "the clock for Ellis Cooper . . . ticking so loud," Cross and Sampson search in vain for evidence to clear him before he is executed. The Army's indifference to evidence that clears Cooper and points to other suspects bluntly suggests a cover-up. Then, crimes similar to the ones Copper allegedly committed follow: the three killers slaughter their victims, paint them red, and leave a straw doll at the scene of the carnage. E-mails from someone called "Foot Soldier" lead Cross to the solution, which, as Patterson makes obvious, stems from atrocities the military committed in Vietnam. Some feel-good domestic scenes (Cross's grandma survives heart surgery) and a few hackneyed romantic interludes for Cross and Sampson break up the chase. At the closeout, the killers dispatched, Cross is planning to go to work for the FBI, suggesting a new tack for the series. Short chapters, paragraphs, and sentences; stilted dialogue; facile plotting; a few feeble passes at description: a Patterson blue-plate special.
More book reviews at iDreamBooks.com