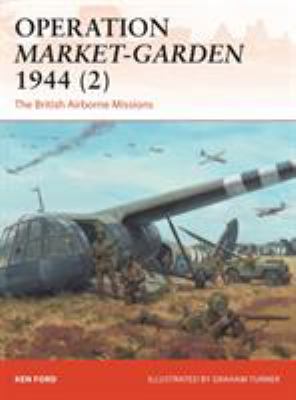 With Germany being pushed back across Europe the Allied forces looked to press their advantage with Operation Market-Garden, a massive airborne assault that, if successful, could have shortened the war in the west considerably. The ground advance consisted of an armoured thrust by the British XXX Corps, while the US 82nd and 101st US Airborne Divisions secured the bridges at Eindhoven and Nijmegen and the British 1st Airborne Division and Polish 1st Airborne Brigade were tasked with seizing the final bridge at Arnhem to secure the route. What they did not realise was that the 9. SS and 10. SS-Panzer Divisions were nearby, ready to reinforce the local garrison and fend off the Allied assault.
Focusing on the role played by these British and Polish troops, Ken Ford examines Operation Market-Garden in its entirety, from the early planning through to the early setbacks and eventual catastrophic conclusion.