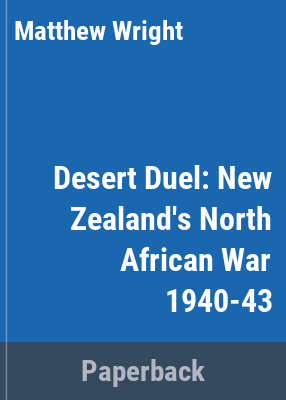 In June 1942 the Panzerarmee Afrika, led by Field Marshal Erwin Rommel, surged into Egypt. The only intact force standing between the Axis army and Cairo was the Second New Zealand Division -- classified by Rommel as the elite of the British Army. They were led by Lieutenant-General Sir Bernard Freyberg, a man the Germans officially considered a 'dangerous opponent'. A few days later, a German Panzer division surrounded 2 NZ Division at Minqar Qaim. Outnumbered and cut off, the Kiwis should have surrendered. Instead, they smashed their way out with rifle and bayonet. This was not an isolated performance. American observers thought 2 NZ Division was 'by far the best fighting unit in the Middle East', and described Freyberg as a 'very great leader of men, possessed of tremendous courage and sound judgement.' These observations are at odds with post-war attempts to 'de-mythologise' New Zealand's desert war -- to cut the Kiwi contribution down to a size befitting a small South Pacific nation. Desert Duel tells the story of New Zealand's desert war, which surged back and forth across the arid, stony wastes of Egypt and Lybia for nearly four years from 1940.In a lively and well-illustrated account, making extensive use of original source material, Matthew Wright argues that modern efforts to re-interpret the performance of the New Zealanders and their commander are not supported by the documented facts.