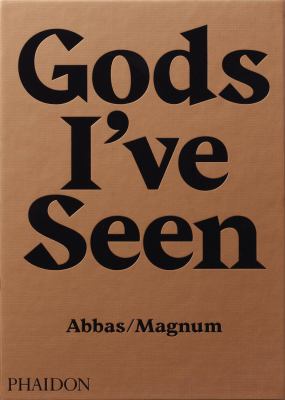 From the lens of Magnum's Abbas - the mystical world of the Hindu revealed, from ancient rites to contemporary beliefs

This latest in Abbas's transcendent series of books on major world religions, featuring ritualistic elements - wind, water, earth, and fire, magic, the spiritualism of animals - to explore the mysteries of the Hindu faith. Shot over three years in India, Nepal, Sri Lanka, and Bali, Abbas's images examine the enigmatic beliefs of sub-sects such as Sikhs and Jains, alongside the everyday life of Hindus, and extend beyond his characteristic black-and-white work to include a series of colour photographs - in his words: 'In India, colour was a temptation I couldn't resist.' The result is this sumptuous volume, a must-have for collectors and armchair travellers around the globe.