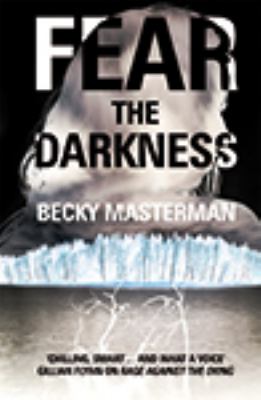 Summary: After too many years spent in the company of evil, Agent Brigid Quinn has quit the Feds and is working out what normal is meant to feel like. She's swapped serial killers, stakeouts and interrogation for a husband, friends and free time. But when you've walked in darkness for so long, can you stand the light? When a local teen drowns in a tragic accident, his mother turns to Brigid for help; but once Brigid looks closer, something doesn't add up. And it's no easier at home: after her sister-in-law's death, Brigid has reluctantly taken in her niece for the summer. Along with her grief, young Gemma-Kate brings with her an array of unwholesome interests that trouble her hosts. Death still seems to be wherever Brigid turns - and it's taking its toll...
Tags from this library: No tags from this library for this title. Log in to add tags.
Fiction notes: Click to open in new window
Total holds: 0

After too many years spent in the company of evil, Agent Brigid Quinn has quit the Feds and is working out what normal is meant to feel like. She's swapped serial killers, stakeouts and interrogation for a husband, friends and free time. But when you've walked in darkness for so long, can you stand the light? When a local teen drowns in a tragic accident, his mother turns to Brigid for help; but once Brigid looks closer, something doesn't add up. And it's no easier at home: after her sister-in-law's death, Brigid has reluctantly taken in her niece for the summer. Along with her grief, young Gemma-Kate brings with her an array of unwholesome interests that trouble her hosts. Death still seems to be wherever Brigid turns - and it's taking its toll...

<opt> <anon I1="BLANK" I2="BLANK">Prologue There is near complete darkness, yes, but it's the least of my problems. I'd glimpsed the space before I got in, and knew the claustrophobic dimensions that would have kept me from moving easily even if I hadn't been shot in the leg. It was empty, too, except for the usual tools that were under the pad. Carlo was a tidy sort and kept it that way. I'm still conscious enough to think of the tools, but I have trouble keeping my mind on them in any useful way. Use whatever you got, Black Ops Baxter used to tell me. Images float through my head and the best I can do anymore is name them, if that. Jack. Wrench. Lug. That elastic cord thing. Nuts. A little air comes from a crack between the compartments, so I won't suffocate. No, my most urgent need is water, to bring my temperature down, to slow my breathing and stop those syncopated warning beats that tell me my heart is about to check out for good. If I die in here, the likely plan is to dump me at a secondary site. I have an image of my own body, picked over by coyotes who will start at the site of my wound and leave the rest mummifying in the desert. Don't think that thought. George will write this on his autopsy report under manner of death: Accidental. Cause of death, hyperthermia. Victim experienced elevated body temperature due to failed thermoregulation that occurs when a body produces or absorbs more heat than it dissipates. Extreme temperature elevation then becomes a medical emergency requiring immediate treatment to prevent disability or death. Ignominious. Ignominious. A Carlo word if I ever heard one, and I'm not positive what it means, but I think it applies here. Ignominious death, maybe, but nobody is going to get away with calling it accidental. The least I can do is leave evidence behind proving that this is murder. I'm lying on my left side, the sleeves of the shirt tied around my leg where the bullet grazed me. I've figured out why the care was taken to stop the bleeding. It's so I won't leave any behind. That means my blood is the only evidence of violence. Though lethargic as a cold snake, I reach down and fumble at the knot until it's untied, and feel the wound. With the time passing and the heat and my being so still, the blood is clotting nicely as if I have been baked in a slow oven. I move the shirt out from under my leg. Clamping my jaws beforehand so I won't yell or bite my tongue, I dig at the ridge through my flesh on the outside of my thigh where the bullet passed. Not close enough to the artery to make a real mess (another body flashed through my head--there had been so many) but deep enough so if I work at it a bit . . . I yell through clenched teeth, but not so loudly. Man oh man, that hurts. But at least the pain keeps me from passing out in the heat. My fingers come away slick. I hope I'm bleeding freely onto the carpet, but even carpets can be replaced, or scrubbed clean. Of course, you could see the blood with an alternative light source, but who would know to do that? No, I have to leave my mark where only someone who was looking for it would find it, and show it to the cops, and raise a suspicion of foul play. I dab my fingers on the underside of the lid above my head, hoping that no telltale streak will get on my face where it might be noticed. I go back for more, digging again, and smearing it on the warm metal overhead. Holding on to what's left of my brain, I reach for the shirt where I had left it balled up. I wipe my fingers off on it, shift my hips to get it back under my leg, and, with some difficulty because my right arm has gone numb beneath me, retie it. I put my fingers in my mouth and try to suck any sign of blood off of them, but my tongue just sits there, too dry and swollen to make the effort. I can't be sure the evidence isn't collected under my nails and around my torn cuticles. Maybe it won't be noticed. Even in my state I recognize the irony in thinking of myself as mere evidence, as I have thought of so many bodies over the years. Mind you, the only use for what I'm doing is in the event of my death. The death of Brigid Quinn. Excerpted from Fear the Darkness by Becky Masterman All rights reserved by the original copyright owners. Excerpts are provided for display purposes only and may not be reproduced, reprinted or distributed without the written permission of the publisher.</anon> </opt>

In this follow-up to the Edgar Award-winning Rage Against the Dying, Masterman brings retired FBI agent Brigid Quinn into a more domestic investigation. Brigid's sister has just died after a long struggle with MS, and Brigid and husband Carlo agree to allow her niece to live in their home for a few months prior to attending college. Shortly after the niece's arrival, however, things on the home front begin to go awry-from the poisoning of one of Brigid's pugs to a mass poisoning at her church. Brigid's own strange symptoms (agitation, trouble walking, and hallucinations) lead her to wonder if she is being poisoned herself, and if the possible culprit might be her difficult niece, or if her investigation of the perhaps-not-entirely-accidental drowning death of a teenage boy might be causing some discomfort. While the core mystery is a little far-fetched, Suzanne Toren does a great job of voicing Brigid. Listeners really get a sense of her personality, the slight Southern twang, and the wry humor, and Toren's voice hits the age of the character (late 50s) spot-on. -VERDICT Great narration enlivens this slower-moving sophomore effort from Masterson. ["We can only hope the old Brigid will be revived in time for the next episode": LJ 12/14 review of the Minotaur hc.]-Victoria A. -Caplinger, NoveList, Durham, NC © Copyright 2015. Library Journals LLC, a wholly owned subsidiary of Media Source, Inc. No redistribution permitted.

For someone who still conducts threat assessments at functions as seemingly innocuous as a Tucson, Ariz., humane society fundraiser, retired FBI agent Brigid Quinn has gone dangerously soft in other respects-as she discovers when it's almost too late in Edgar-finalist Masterman's disappointingly wan follow-up to her electrifying 2013 debut, Rage Against the Dying. Then again, it's tough for Brigid to be at the top of her game once she begins to experience increasingly alarming symptoms, including chronic nausea, anxiety, and hallucinations, after her teenage niece, Gemma-Kate, whose mother has recently died of MS, moves in with her and husband Carlo to establish in-state residency for the University of Arizona. Given the timing, as well as the girl's glaring lack of empathy but keen interest in toxicology, Brigid starts wondering whether she's let a psychopath into her little slice of long-overdue domestic bliss. Overly talky with too many heavy-handed efforts at misdirection, this novel lets down both Masterman's kick-ass heroine and her many fans. Agent: Helen Heller, Helen Heller Agency. (Jan.) (c) Copyright PWxyz, LLC. All rights reserved.

Former FBI undercover agent Brigid Quinn, introduced to critical acclaim in Rage against the Dying (2013), returns in a gripping psychological duel that threatens to destroy her hard-won Tucson sanctuary. Brigid dreads the family togetherness when she agrees to take in her niece, Gemma-Kate, for the few months she needs to gain in-state tuition. But shortly after Gemma-Kate's arrival, Brigid finds herself in familiar, dangerous territory when her dog is poisoned, and she's battling her own symptoms of nausea and hallucinations. This doesn't stop her, however, from ignoring good advice and delving into the suspicious drowning of a young boy whose (possibly insane) mother is convinced her son was murdered. Believing she's let a killer into her inner circle, Brigid slips back undercover to find her foe. Tough, cunning Brigid Quinn will certainly appeal to thriller readers who favor a female perspective, but her unwavering determination to fight for even the ugliest forms of justice will also draw in fans of Michael Connelly and Dennis Lehane.--Tran, Christine Copyright 2015 Booklist
More book reviews at iDreamBooks.com