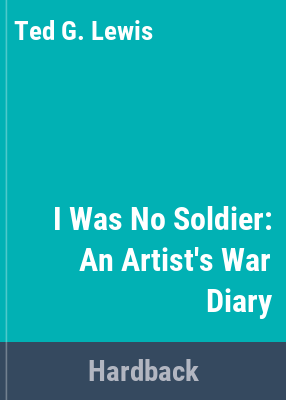 Art teacher Ted Lewis enlisted for war service in 1941, joining the medical corps. Whenever off duty he sketched and painted, often in dramatic and dangerous situations. His artistic talents were soon discovered and led to secondment as a mapmaker for General Freyberg.

Ted's art and writing reflect his passion for classical cultures and capture the atmosphere of the Middle East and Italy under the shadow of war. His wry cartoons for the NZEF Times epitomize Kiwi humor and spirit, and helped preserve sanity in a fighting division.

This diary was brought to light by Ted's former pupils. Its superb paintings, drawings and cartoons were complemented by poignant and powerful writing. Now, 60 years after the war, it is published for the first time.