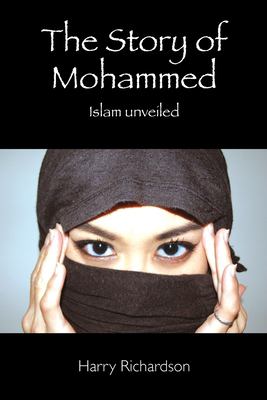 In the scorching sands of Arabia, Mohammed ibn Abdullah (The Prophet Mohammed) had a problem. After preaching for 13 years he had attracted on average just 12 followers a year to his new religion of Islam. Worse still, half the people in his home town of Mecca wanted to kill him. After fleeing to Medina however, things would change dramatically.

Over the course of the next 9 years, this orphaned shepherd boy would develop the most devastating system of conquest ever devised; Jihad. He would become King of all Arabia and convert the entire Peninsula to Islam. Even his enemies would be forced to worship at his feet.

After his death the uneducated desert Arabs would burst out on an unsuspecting world. Using this same system of Jihad, they would conquer both of the world's greatest empires in just a few short years. Within 3 decades they would control the majority of the Middle East, North Africa and Northern India. Today the empire of Islam comprises 1.3 billion people and it is the fastest growing religion on the planet.

Is it a religion of peace or of endless violence? Does it advocate suffocating sexual morality or sex slavery and harems? How can both the moderates and extremists be true Muslims? The surprising answers to these questions and more reveal themselves as this incredible story unfolds.

The material in this book is drawn directly from the foundational texts of Islam. Instead of merely quoting the texts however, it explains how they came into being and how they relate to each other. It then provides the key which unlocks their true meanings.

Armed with this knowledge, readers are then able to make their own interpretations and draw their own conclusions. References are provided throughout and every effort is made to assist the reader to do their own research should they wish.

Despite the serious nature, the story itself is gripping and fast paced. Mohammed's exploits constitute one of the greatest adventure stories of all time. Importantly, his life is the basis for the religion of Islam. By knowing his story, we can understand the forces which drive both militant and peaceful Muslims. It explains the mindset of the modern Jihadists and predicts the inevitable rise of ultra militant groups such as ISIS, Boko Haram and Al-Qaeda.

This best seller has more than 600 five star reviews on the various Amazon sites. The following are just a small sample:

Carol Curtis: One of the best books I have ever read, fantastic writing & a massive insight into Islam. This book has to be read by everyone!!!!

Fred J. Alexander: This amazing factual book reads like an adventure story. Islam is based on the life of Mohammed and Mohammed is not like any other prophet. Easy reading only 135 pages. If you want insight on Islam and Jiahd etc. this is for you.

Sinohey, (one of Amazons top 500 reviewers): This book should be read with an open mind and equanimity. It is NOT a hit piece against Muslims or their religion. It is a factual rendition of the history of Islam and its founder; allowing the readers to form their own conclusions. I highly recommend it. Full disclosure: I am fluent in Arabic, studied and taught Islamic culture for over three decades; lived, taught and worked in several Muslim/Arab countries.

Buy a copy now at this bargain price because in today's shrinking world, an understanding of this subject is vital.

"Mohammed's life story is also the key which unlocks the complexities and confusion of the Islamic religion itself. Understanding his story immediately gives us a clear insight into the Islamic religion and the incredible importance this holds for our future."--Back cover. -Includes bibliographical references.

It is said that truth is stranger than fiction and honestly, NO-ONE could have made this up. There are battles, murders, intrigues, rapes, assassinations, torture, intimidation, and much much more. Along the way Mohammed invented Jihad, the most effective system of conquest ever devised. Mohammed's life story is also the key which unlocks the complexities and confusion of the Islamic religion itself. By understanding his story we quickly gain a clear insight into Islam and the incredible importance this subject holds for our future. This book pulls no punches and brings the subject to life in a way which is both fascinating and informative. Rather than looking at Islam through a prism of Western (and by default, Christian) perspective, it examines the Islamic perspective itself. In doing so it illuminates the contrast between Western and Islamic ethics and beliefs in plain and simple language which makes it a delight to read. Millions of people, both Muslims and non Muslims are tragically affected by aspects of Islam. By tackling the subject head on, this book leaves us with the knowledge and understanding to address these problems with logical and well thought out solutions.