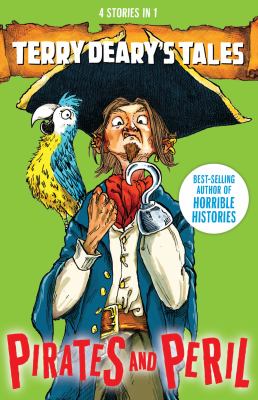 Includes-
The Pirate Queen- Catherine's mother is the terrifying pirate Grace O'Malley. Grace's ship is captured by Elizabeth I's men. What happens when the Queen of the Pirates meets the Queen of England?
The Pirate Lord- A cabin boy tells his tales of danger, courage and companionship, stealing Spanish gold on board Sir Francis Drake's ship, the Golden Hind.
The Pirate Prisoner- Red-legs, a pirate turned plantation owner, is arrested for past crimes. Can a slave girl defend him in court, and win her own freedom too?
The Pirate Captain- Captain Fly thinks he's the meanest pirate to sail the seven seas. Can his prisoners trick the cruel captain and escape his ship?