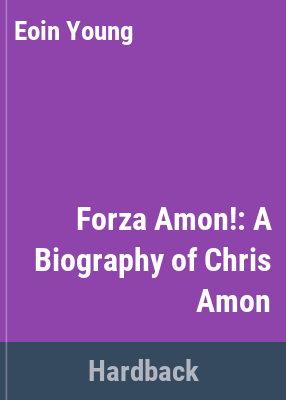 Chris Amon, Denny Hulme, Bruce McLaren - three legends of New Zealand motor sport. Of them, Chris was always regarded as the unlucky one. Despite being described by Sir Jackie Stewart as one of the best racing drivers he ever knew or saw in action, Chris never won a Formula One Grand Prix.Forza Amon! follows the career of this talented New Zealand driver from his first taste of power (he learned to drive at age six and was racing a Maserati by the time he was 17), through the CanAm days with McLaren, the penniless days at Ferrari and progressively worse times with March, Matra and Tecno.In an era when death on the track was common, Chris saw more than his share of tragedy.To counter it, he and his colleagues lived life to the full off the track, and their passion is aptly captured by Eoin Young, who was often at the same parties.An appendix detailing Chris' Formula Onerecord rounds out the remarkable story of one of New Zealand's motor-racing heroes, who now pursues a more sedate lifestyle, dairy farming in the Manawatu.