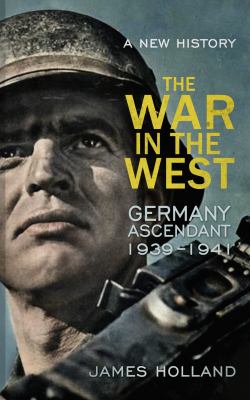 Are you ready for the truth about World War Two?The Second World War is the most cataclysmic and violent sequence of events in recent times. But for the past seven decades, our understanding of it has relied upon conventional wisdom, propaganda and an interpretation skewed by the information available. James Holland has spent over twelve years conducting new research, interviewing survivors, visiting battlefields and archives that have never before been so accessible and challenging too-long-held assumptions about the war that shaped our world. In Germany Ascendant , the first part of this ground-breaking new history, James Holland introduces the war, beginning with the lead-up to its outbreak in 1939 and taking us up to mid-1941 as the Nazis prepared to unleash Operation Barbarossa, the invasion of Russia. To tell the real story, he weaves together the experiences of dozens of individuals, from civilians and soldiers, to sailors, pilots, leading military strategists, industrialists and heads of state, and uncovers the strategy, tactics and events that informed not only the military aspects of the war but also the economic, political, and social aspects too. The War in the West is a truly monumental history of the war on land, in the air, and at sea. In it, James Holland has created a captivating and epic narrative which redefines and enhances our understanding of one of the most significant conflicts in history.

This book reveals not only the truth behind the familiar legends of the Second World War but also unveils those lesser known events which were to have the greatest significance.