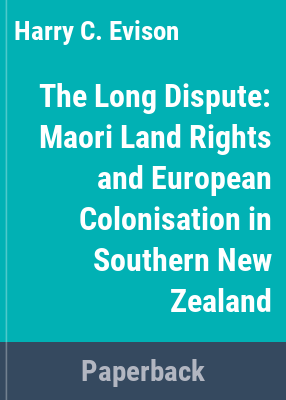 A history of the impact of European colonisation on the Maori of the South Island, drawn from both European and Maori sources. Illustrated with photographs and maps. An abridged and revised version of 'Te Waipounamu: The Greenstone Island', which won the 1994 New Zealand Book Award for non-fiction.

Abridged revision of Ta Wai Pounamu, the greenstone island : a history of the southern Maori during the European colonization of New Zealand / by Harry C. Evison - Christchurch, N.Z. : Aoraki Press in association with Ngai Maori Trust Board and Te Runanganui o Tahu, 1993.