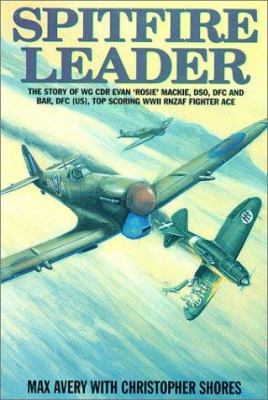 Evan "Rosie" Mackie is one of the least-known high-scoring fighter aces of the Commonwealth Air Forces during World War II. Joining the RNZAF in January 1941, he was posted to the UK on completion of training to serve with the New Zealand Spitfire Squadron, No 485, thence to North Africa to join 243 Squadron, RAF, which he commanded during the invasions of Sicily and Italy. He next led 92 Squadron and by early 1944, when his operational tour ended, he had already claimed some 15 enemy aircraft shot down, and shared two more.

A further tour took him to Holland in 1944. Shortly before the conclusion of hostilities he was promoted again, this time to lead 122 Tempest Wing, bringing his personal victory tally to 20 and three shared in aerial combat, with three and another shared destroyed on the ground.

Mackie is one of the two top-scoring New Zealanders, and this is a study of his military career, written by a journalist, aided by an historian.