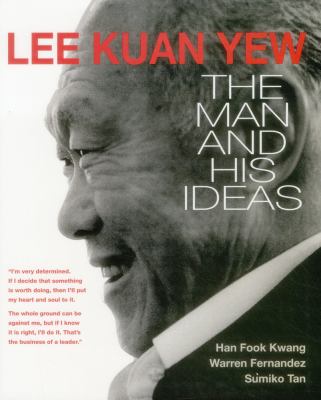 Many books have been written about Lee Kuan Yew, founding father of the nation of Singapore. But hardly any are by the people who lived through the social and economic transformation he brought to the island republic over three decades. Three senior journalists from the country's leading daily, The Straits Times , took up the challenge. Based on 13 exclusive interviews with Lee over some 30 hours, the book chronicles Lee's life and ideas - from his early political awakening in Cambridge and anti-colonial rabble rouser to his position as an elder statesman and widely sought after for his views on international affairs. Lee travelled a long road politically and ideologically. This reprint edition of the book, first published in 1998, tells the story of Lee's life, the events, people and political fortunes that were to shape his view of the world, as well as the path he set for the transformation of his country. It delves into the choices he made, the political turnings he took, the insights gained and lessons learnt, some of which were expounded to the authors for the first time with wit, candour and vivid recollection. Because Lee had such a profound influence on Singapore's development, those who want to understand what makes the country tick should start with the man and his ideas and how they have made a difference to Singapore. They should find this book an invaluable guide, complete with photographs from the private collection of the Lee family.